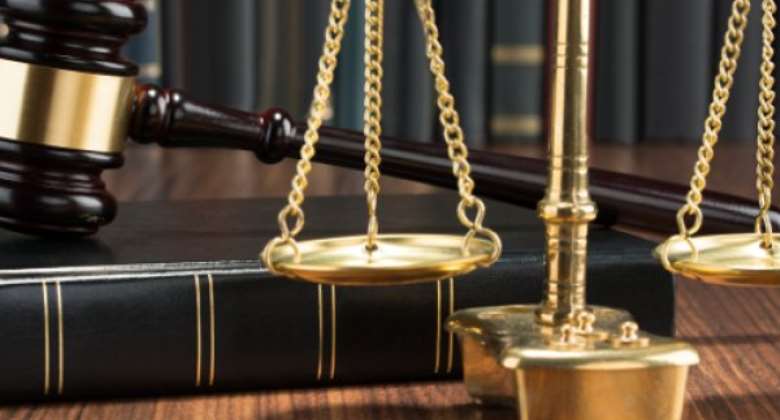 Ebenezer Hammond, a teacher, has appeared before an Adenta Circuit Court for misappropriating GHC8,900 belonging to the school welfare association.

Hammond is said to have forged signatures of two members of the association on three cheques to withdraw the amount from the National Investment Bank (NIB).

He pleaded not guilty for forgery of other documents and three counts of stealing.

The court, presided over by Mrs Sedinam Awo Balokah, admitted Hammond to bail in the sum of GHC 60,000 with three sureties.

The matter has been adjourned to February 24.

Prosecuting, Chief Inspector Jacob Nyarko said the complainant (name withheld) was the headmistress of a school complex at Frafraha, whiles the accused person, was a former teacher and a secretary of the School's Welfare Association.

Chief inspector Nyarko said the Association opened an account with the National Investment Bank (NIB), Adenta branch, and had three signatories - the chairperson being the complainant, a treasurer, a witness in the case and the accused person.

The prosecution said the accused person was mandated to cash monies from the Association's account at the bank and that anytime the Association needed money, all the signatories would have to endorse the cheque.

It said the accused person took advantage of that and “learned how to sign the signatures of his two colleagues.”

The prosecution said on March 16, 2018, the accused person allegedly went to NIB and ordered for new cheque book in the name of the Association.

In July 2018, the prosecution said the complainant requested a statement of the Association and detected the theft.

It said the matter was reported to the Police and during investigations the accused person admitted that he forged the signatures of his other signatories on the three cheque leaflets and succeeded in withdrawing the money.

The prosecution said the accused pleaded for time to refund the money but failed.