The Death of the 1992 Constitution 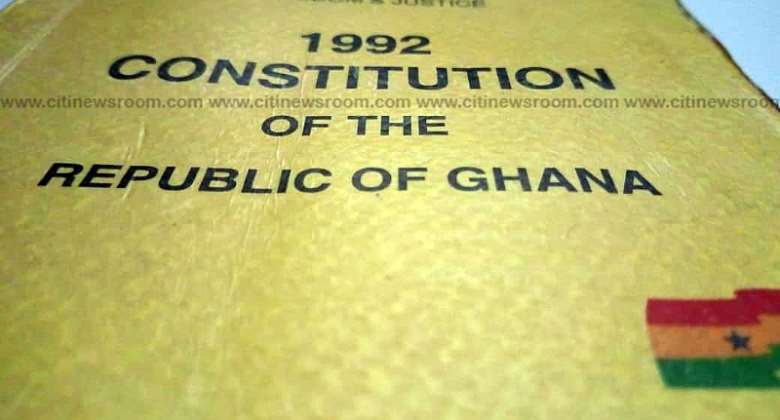 On the Constitution day, the University of Professional Studies Law School organized a Public Lecture on the theme “Avoiding the impending death of the 1992 Constitution”. The lecture amongst other things deliberated on the failure of the Constitution, as a central legal document that serves as a stimulus to public policy, to produce hope and blessings contained in it to the masses, mostly the youth. But what will kill the 1992 Constitution? The Constitution is viewed, in legal spheres, as a living organism: it can grow or die.

The forefathers did not envisage the likely death of the Constitution: they rather provided protective cover for its eternal growth. That is why provisions were made for its defence. The provisions of Article 3 clause 4(a) and (b) prohibit the “killing” of the spirit and words of the Constitution as well as commands the restoring or the resuscitation of the Constitution if it ever dies by means of an overthrow, suspension or an abrogation. Therefore, enough flexibilities were and are provided for its organic growth through amendments.

Yet, the issues discussed by the Keynote Speaker are grounds for amendments many people consistently call for. The same issues addressed are basis for developing a composite public policy document that is fit to run modern institutions to inspire a new thinking in development. Consensus building is behavioural, and a choice to be made by the major political parties.

A new or a modified Constitution (attained through amendments) may not resolve the challenges the Country has with the enforcement of laws adopted to operate institutions and ensure the delivery of the common good. Politicians are greedy with power and so the call for consensus building will be unheeded.

While there are genuine calls for amendments of certain provisions of the Constitution, the willingness of the political parties and their adherents to profoundly change their attitudes, and political culture to enforce the laws of the country will activate the needed solution to generate hope. So, after all, the enforcement of the laws of Ghana matter.