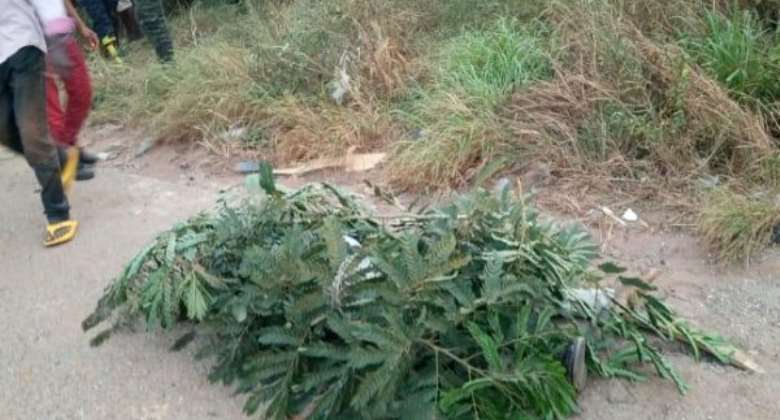 Two persons traveling from Tema to Accra died on the Tema-Accra Motorway opposite Samara Company Limited (SASSO GH) on January 19.

He explained that the first impact was between the Sino Tipper Truck and the Honda CRV both heading towards Accra as a result the Tipper Truck loaded with sand veered off its lane.

The truck then collided with the Opel Astra which was heading towards Tema from Accra and fell on the engine compartment and near the side leaving all two onboard dead on the spot.

The District Commander confirmed that two other persons who suffered injuries were sent to the Tema General Hospital by men of the Ghana Police Service before personnel of the Fire Service arrived.

He explained that the two trapped lifeless persons in the Opel Astra were however extricated by the Fire Service Personnel and handed them over to the Tema Regional Motor Transport and Traffic Department (MTTD) of the Ghana Police Service.

DO III Vanderpuye beseeched the public to drive with extra care on the Motorway and call the Service in time of crisis.

"We urge the public to drive cautiously on our roads and do well to call on the Fire Service via 112 / 192 in case of accidents," he advised.