'The Hidden War': What does the future hold? 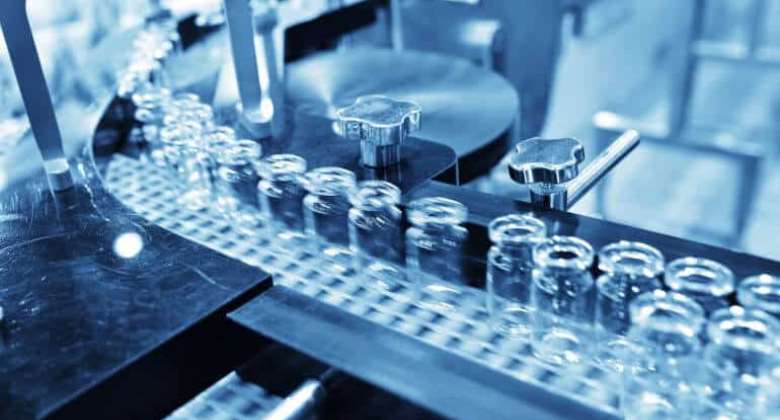 In this era of the Covid-19 pandemic, and what is likely to happen post the pandemic in so far as the medical world is concerned is quite intriguing.

For what one has discovered through years of independent research about the politics and economics of the health and medical community is mind blowing, to be precise.

"The Hidden War" between 'Big Pharma' and the alternative medical world continues to influence many decisions in what world leaders do for the citizens across the globe.

Considering that the pharmaceutical companies operate in a trillion-dollar industry, there's a lot at stake for all those involved and connected to this industry. This includes influencial politicians and government officials.

Even in the hour of the global vaccine revolution, the question of who is going to make the biggest bucks by steering the global community of nations right in our faces.

In all, the 7 billion plus human beings on Earth survive from some sort of illness, disease, infection, bacteria, gems and health complications while they are still alive.

Other people are diagnosed earlier and sooner than others.

Others are never diagnosed at all. They can die from not knowing.

Or they can recover even though they didn't know about their health status.

Here, a healthy diet and constructive lifestyle of being active, exercise and sports action are usually responsible for producing healthy human beings.

In the words of Dr Sebi, the herbalist from Honduras, who practiced in America for many years, and known globally for curing all diseases with herbs and a vegan diet, illnesses with black people are caused by the unique genetic characteristics of Africans and their diaspora.

The opposite of this is that illnesses are caused by gems.

Dr. Sebi, whose death is questioned by some, is said to have died of pneumonia in America while in police custody as he was being transported to a hospital.

became dissatisfied with Western medical practices in treating his own illnesses such as asthma, diabetes, impotence and visual impairment and visited a herbalist in Mexico named Alfredo Cortez who confirmed to him that hews dying.

After that, Dr. Sebi began his own healing practice in Honduras. He developed a treatment that he called the "African Bio-Electric Cell Food Therapy" and said it could cure a wide range of diseases, including cancer and AIDS, as well as a variety of chronic conditions and mental illnesses.

Dr. Sebi also developed related counterproductive was recognized in the early 1980sas an epidemic that started in the United States from the white gay community, especially in New York and other major cities.

Dr. Sebi, in his own discoveries, found HIV is not the cause of Aids and used herbal remedies to treat people.

Dr. Sebi supporters believe he became a victim of Big Pharma's jealousy as he gradually earned a considerable revenue, reported to be in the range of more than $3000 a day, after giving advice and developing a wide range of celebrity clients, such as Lisa Lopes, Michael Jackson, Steven Seagal, John Travolta and Eddie Murphy.

The German mystic and Christian Spiritual guru, Bruno Gröning said that his ideas were not a new teaching or religion, but rather an ancient knowledge that had been lost. Gröning said that people had forgotten "the most important thing", that there is a higher power or force that is available to help people. Gröning regarded health, rather than illness and disease, as the natural state of all living things.

He also asserted that one can maintain health and heal from illness by absorption of a Divine life force that he called heilstrom, which in English means a "healing wave" or "healing stream".

Gröning emphasized the importance of maintaining a positive attitude and having faith, especially the faith that healing was possible, rather than thinking about negative things, especially dwelling on an illness one was hoping to heal.

In his teachings, Gröning further emphasized that negative thinking and dwelling on problems interferes with the healing process.

L. Ron Hubbard, American author of science fiction who founded the Church of Scientology, referring to conventional medication, stated that not a single cure has ever been made by the psychiatric drugs produced by the pharmaceutical companies.

At the very least, Hubbard argued, the pharmaceutical drugs prolonged the illnesses rather than eliminating them permanently from the body. Hubbard also stated that these drugs had not achieved even one single cure since they were first administered.

He is adamant that no one can be spiritually free if chained to a chemical substance.

Dianetics: The Modern Science of Mental Health is a book by Hubbard about Dianetics, a system that he developed from a combination of personal experience, basic principles of Eastern philosophy, and the work of Sigmund Freud, the founder of psychoanalysis.

A New York Times and International bestseller, the book Dianetics, which claims to cure illness, primarily covers the 'Mind-Body' connection in the health effects of the individual from past traumas, which Hubbard calls 'engrams'.

According to Dr. Matthias Rath, champion of multivitamins therapy, his program of nutritional supplements (which he calls "cellular medicine"), including formulations that he sells, can treat or cure diabetes, cardiovascular disease, cancer, and HIV/AIDS.

Rath asserts that international events of the last century have been driven by pharmaceutical and oil companies.

He says these interests started and exploited World War II.

And in court filings, Rath and his lawyers write that the pharmaceutical industry then started apartheid in South Africa as part of a global conspiracy to "conquer and control the entire African continent."

They specifically mention former Nazi officials and the German chemical company IG Farben as playing a central role in the alleged conspiracy.

They also compare Rath's adversaries in court to Hitler's stormtroopers.

Dr. Rath suggests that the pharmaceutical industry continues to control international politics today, allowing 9/11 to occur and starting the Iraq War to divert attention from what he considers the failures of drug companies.

On his website, Dr. Rath states that United States President George W. Bush and Vice President Dick Cheney, at the behest of what Rath calls the "pharmaceutical cartel", were planning a nuclear war in advance of the 4 November 2008 elections in the United States. Rath has made similar claims in the New York Times and other major newspapers around the world in the form of large advertisements reportedly designed to resemble newspaper editorials.

Amazon founder Jeff Bezos, is investing in a startup that is trying to figure out how to reverse the ageing process.

Apparently, Altos Labs, which was founded earlier this year, is luring university scientists with high salaries of $1 million (€844,000) a year or more. The scientists will also be allowed free reign to research how cells age and how to reverse the process.

Meanwhile, Making a Killing: The Untold Story of Psychotropic Drugging, by the Citizens Commission on Human Rights, is an in-depth look into what has been called an “unholy alliance” between the psychiatric industry, pharmaceutical companies and government regulators.

The group argues that despite decades of tragedies and countless deaths caused by psychotropic drugs, they are marketed to ever greater numbers of Americans for the sake of huge profits.

Add to this the crisis of misdiagnosing or whether the diagnosis is being missed altogether, alternative medication may just get the nod. But not forgetting what pharmaceutical drugs are highly recommended for, say surgery.

A balance between pharmaceutical drugs and alternative natural medication is strongly proposed.

Essentially, a healthy diet and constructive lifestyle of being active, exercise and sports action are usually responsible for producing healthy human beings.

One way or another, "The Hidden War" may just be the decider if the coronavirus stays or goes and if it stays how long it will stay, and whose to benefit.

And if it goes, who stands to lose or gain.