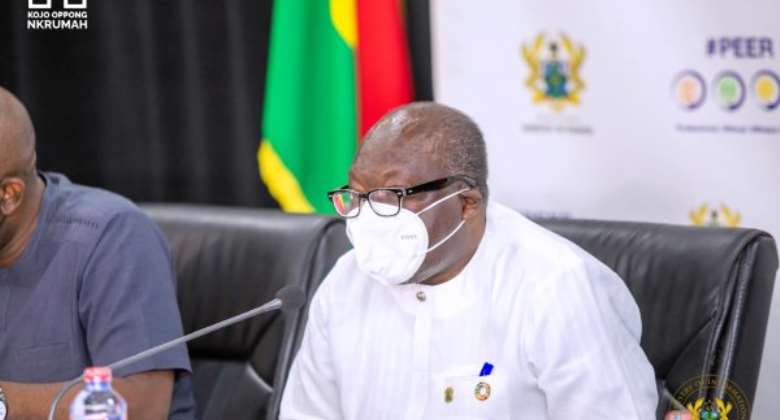 Minister of Finance, Ken Ofori-Atta, says Ghana's performance on the international capital market is being undermined by some lapses in our democratic governance.

He said the brawl in parliament at the end of last year over the debate on the 2022 Budget and its Electronic-Levy component had lowered investor confidence and made going to the international market very expensive.

“Spreads have widened on the international market such that if one was going to the market, if there was space, you will be paying about 500 basis points,” he said.

Speaking at a media briefing on Tuesday, he said it was important for citizens to manage altercations in a hung Parliament, feel remorseful for the unfortunate incidences that had characterised the adoption of the budget and build consensus towards growing the country.

“We look forward to joining hands with our honourable Members of Parliament to approve the E-Levy on a consensus basis so we can collectively address the big issue of unemployment, debt sustainability and infrastructure build-up,” he said.

Following the Bloomberg report of Ghana's debt situation and Fitch downgrade of Ghana's long term foreign-currency issuer default rating from “B” to “B-” with a negative outlook, the E-Levy, he said, was a well thought out mechanism to rope almost everyone to share the burden of contributing toward making standards of living much better for all.

To highlight the imbalance with burden-sharing, he noted that Greater Accra was responsible for 90 per cent of the revenue mobilised.

However, where some 60,000 professionals did not pay direct taxes, while property tax was almost non-existent.

“The most efficient way must take into consideration technology and the structural changes in the tax handles. The fact that we have over 40.5 million mobile phone subscribers and over 17.1 million active mobile money subscribers, it is instructive to note that the total value of transactions on mobile money grew by a CAGR of 65% between 2016 and 2021; rising from GHS 78.5 billion in 2016 to an estimated GHS953.2 billion in 2021,” he said.

He observed that the inability to share the burden and generate enough revenue had negatively affected the growth of the country compared to its neighbours within the sub-region.

“We have invested less in infrastructure. Between 1961 to 2020, Ghana's average Gross Fixed Capital Formation Ratio was 17 per cent, compared to 25 per cent in sub-Saharan Africa. Moreover, between 2017 and now our tax to GDP has hovered between 11 per cent to 13 per cent compared to our peers who are between 16 per cent to 20 per cent."

Mr Ofori-Atta reiterated the government's commitment to implementing a coherent strategy that would provide opportunities for all Ghanaians through increased resource mobilisation, prudent expenditure management, job creation and skills training.

Hottest Photo Reports
Catch up with all the political quotes from our politicians.
Advertise here
More Headlines
ModernGhana Links
US groups offered me money to drop anti-LGBTQ+ bill, they wanted sort me out for life – Sam George
Reforming 1992 Constitution: Abu Sakara charges NCCE to lead the way to get gov’t involved
45 years in ministry: Bawumia congratulates Archbishop Duncan-Williams for touching lives
You’re father to many; no wonder you're called 'Papa' – Bawumia praises Duncan-Williams on 65th birthday
Petrol, diesel, LPG prices to go up this week—COPEC, IES predict
NDC cannot support collateralisation of every source of future revenue; Agyapa deal must go – Mahama
‘We’re committed to protecting you from robbery attacks’ – Akufo-Addo to MoMo vendors
You're blessing to Ghana, Africa and the world — Mahama celebrates Duncan-Williams on 65th birthday
‘My big brother’ John Ndebugre was a mentor, comrade – Mahama
TOP STORIES