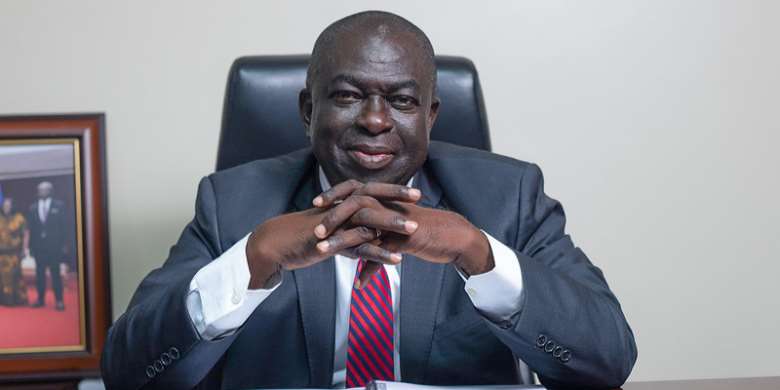 An Ashanti regional chairman hopeful, and former Member of Parliament (MP) for Ejisu Constituency in the Ashanti Region, Mr Kwabena Owusu Aduomi, says the Akufo-Addo government has no money to pay road contractors.

According to him, the government’s highly touted plans to improve road infrastructure may not be achievable.

In an interview on Oyerepa television in Kumasi, he explained that government needs more money to enable them implement the year of roads promise.

“The reality is that government do not have money to pay contractors, which they have admitted. That’s another reason for the introduction of E-levy; to enable them offset these debts.

“The major challenge in the Ashanti region is our roads. Take Kwabre roads for example. Truth is road projects have been awarded in the region. If I tell you the number of contracts you’d be amazed. Was recently preparing a script for Kyei Mensah and only 8 percent of our roads are in good condition. Our roads are bad to say the least. We need huge money to fix it. Government owe contractors filling just potholes, that’s how bad the situation is."

Government in its quest to address the poor road networks in major parts of the country declared 2020, as the “year of roads”.

Delivering the 2020 budget, Finance Minister Ken Ofori Atta said government will largely focus and prioritize road projects to improve infrastructure in that sector and bring an end to the cries of Ghanaians for better roads.

But only God knows as contractors are said to be dying out of frustration over huge debts due to the non-payment of monies government owes them.