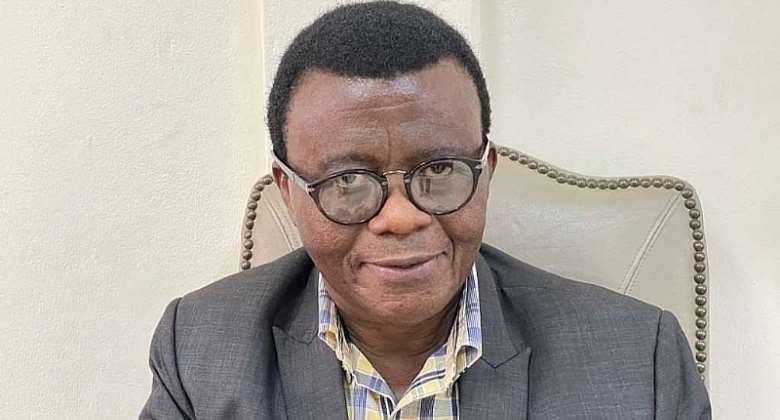 Important personalities in Ghana are moving around with state security at cost to the tax payers when there is no real need for it, a former Senior Governance Adviser to the United Nations Mission in Liberia, Baffour Agyeman-Duah, has said.

He explained that the deployment of security officers should be based on real threats assessment done on a situation to establish the need.

Prof Agyeman-Duah who is also the Chief Executive Officer of the John Agyekum Kufuor Foundation said these in interview with TV3's Noble Crosby Annan on the Mid day news on Monday January 17 in connection with the withdrawal of military attached to the office of the Speaker of Parliament by the Ghana Armed Forces (GAF).

He welcomed the withdrawal of the solders saying it will ensure streamlining of the system.

Asked whether the withdrawal of the soldiers makes the Speaker naked in terms of his security, he said “Now we are supporting the military's support for the Speaker. What for? It seems to me this whole notion of security protection has become a status's symbol, rather than a real need for it. Sometime DCEs go to functions and Policeman holding their bags, our ministers have Police and all without any real threat.

“The more we deploy our security personnel for private use like we are talking about we have to remember that is is the state resources we are using or abusing. So my point is that unless there is a security threats that has been assessed , if that threat requires military protection and so the agencies will in their wisdom will certainly deploy their the military's. Other than that the Police should be in charge always. So withdrawing the Military is not making the Speaker is not making the Speaker naked. Withdrawing the Military is in fact is streamlining.”

He added “First of all, the issue of security must be treated very carefully because people's lives depend on it. The issue of security protection in most democracies, we have what we call permanent protection for the executives. If you go to the United States for instance, they formed a special group fully dedicated for presidential protection .

“All other kinds of protections are interim and temporary depending on the security threats to those individuals or institutions. So, when we talk of giving security it has got to be based on a threat assessment which basically is the process whereby you evaluate and verify perceived threats including their likelihood.

“In that respect, if you look at the Speaker for that matter you just have to find out whether there is a current threat to the person and the nature of the threats, based on that you devise the protection.

“Another point to make on this important conversation is that when it comes to the military we have to be careful. If in fact military protection was provided over the years, to speakers I will be surprised and and it was wrong.

“Because I think such individuals do not require military protection. We have to be careful and avoid militarizing civilian governments just as we should avoid civiliazing the Military. We have Police and many other security agencies who can do the job unless there is a serious need for combat battalion to make a protection.”