A/R: Woman battling for her life after being knocked down by car at Kejetia market 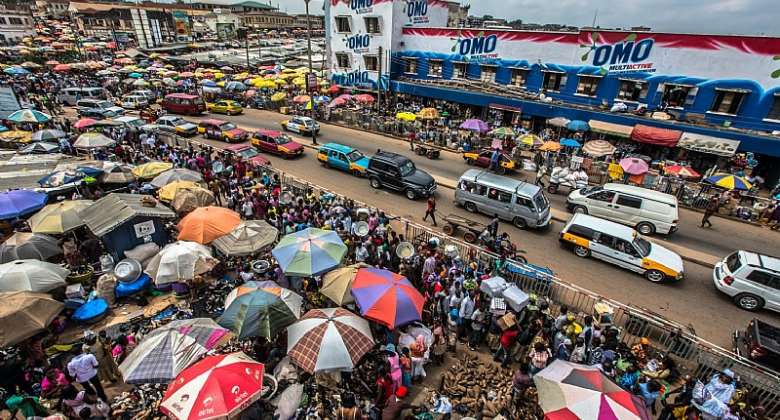 A middle-aged woman is currently battling for her life at the Komfo Anokye Teaching Hospital after being run over by a car at Kejetia Market in the Ashanti Region.

A private car with registration number GW 2447 almost caused disaster at the Kejetia market extension underpass on Tuesday, January 17, 2022, when the driver nearly run over traders.

The driver of the car according to reports made a wrong U-turn and was directed by KMA officers on duty to reverse and do proper parking.

While in the process, the driver knocked down a tricycle and subsequently run over a middle-age woman.

“There’s no U-turn here, the KMA people will arrest you if you attempt to make U-turn here. So the vehicle was coming from the MTN side and as soon as she made a U-turn here, she got detained by the KMA official, and while they were talking, he asked the driver to move the vehicle back and park properly.

“As soon as she reversed the car, the car was going to run into us [traders] but there was a tricycle here so it hit the back of it and the vehicle turned in the other direction and knocked down a middle-aged woman. She was dragged under the car, so the men had to come and lift the car up and remove her,” an eyewitness told Class News.

The woman unfortunately sustained severe injuries on various parts of her body including the head.

She is currently at the Komfo Anokye Teaching Hospital receiving treatment while the driver of the vehicle has been arrested and detained by the Kejetia Police.