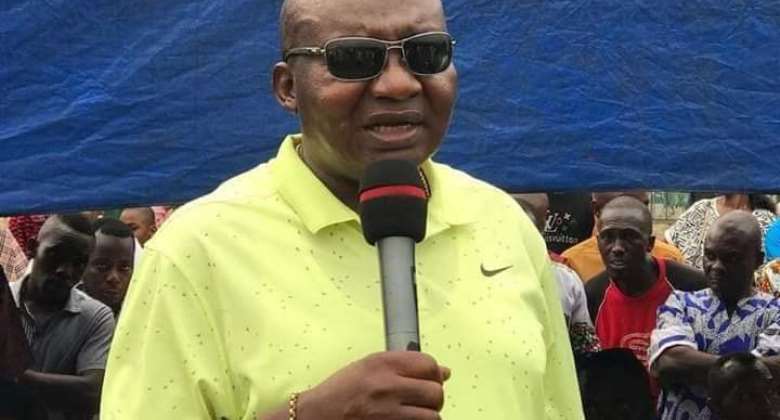 A total of 200 undergraduate and postgraduate students of Khana and Gokana extraction, Ogoni, are now counting their blessings for having their school fees largely subsidized courtesy Rt. Hon. Dumnamene Robinson Dekor, member representing Khana/Gokana Federal Constituency in the House of Representatives.

The federal lawmaker said he decided to float the education grant to the students to alleviate their financial challenges.

Rt. Hon. Dekor also facilitated over N500 million for over 300 beneficiaries in small scale businesses from N500,000.00 to N9m each, solar power water projects and distribution in eight communities in Deken, Yeghe amongst others.

Barako Community was also given the sum of one million (N1m) naira for the school building project among others.

Similarly, Rt. Hon. Dekor, lawmaker has assured of partnering with the two council chairmen of Khana and Gokana Local Government Areas respectively to ensure the prevailing peace in the areas is sustained.

Speaking as a guest of Ogonitv in an interview recently, the lawmaker and Chairman, House Committee on Host Communities said they will stop at nothing to sustain it since there will hardly be any meaningful development in the absence of peace and order.

Rt. Hon. Dekor lauded the cordial relationship and synergy between the two council chairmen which he said has consolidated the peace efforts in the two Local Government Areas.

Also applauded by the federal lawmaker are the traditional rulers, leaders and youths of Nwebiara and Barako for their roles in ensuring that peace returned to their communities.

While calling on the youths to embrace hard work if they mean to be successful in life, Rt. Hon. Dekor said his programmes are human capital development-based because they have direct bearing on the people.

He recalled his several intervention programmes in schools across the various communities in Khana and Gokana including the provision of instructional materials and computers for several schools in Khana/Gokana federal constituency, including Bodo City Girls and Community Secondary School, Yeghe, a training centre where students will be trained in various fields of agriculture, renovation of the corpers' lodge and medical outreach across the district.

Rt. Hon. Dekor also announced the provision of cash grants that will benefit over 300 persons, laptops for students and generators to help boost small scale businesses in the area.

A bridge will also be constructed across Kor River to link Bori, the traditional headquarters of the Ogoni people, with Kor, Kpong, etc to help expand the Bori landscape, the federal lawmaker promised.