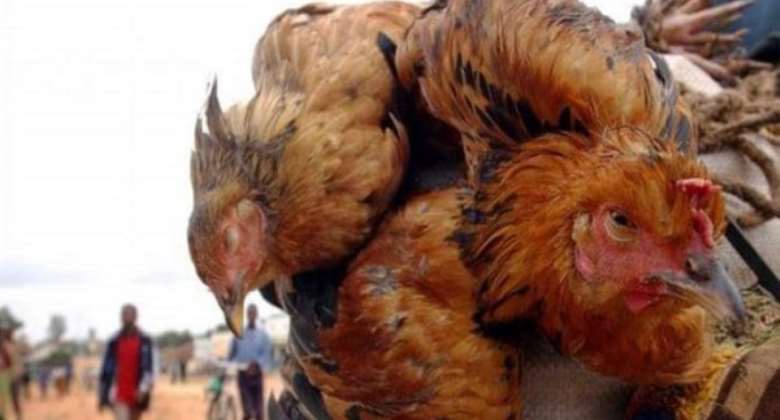 Outbreak of the Avian Influenza has hit the Bono Region, infecting more than 9,470 birds since last Thursday January 13.

Dr Donald Joachim Darko, the Bono Regional Director of the Veterinary Services told the Ghana News Agency (GNA) in an interview in Sunyani, the outbreak was detected in only two farms, saying 780 crates of eggs were also affected and destroyed.

He said the affected farms had been barricaded to ward-off people, and called on the public to remain calm as measures were put in place to control further spread.

“We have barricaded these farms from encroachment to prevent further spread and destroyed all the affected birds and eggs as well”, Dr Darko stated.

Dr Darko said his outfit had also intensified public education on the influenza, and advised the public to also remain watchful as well.