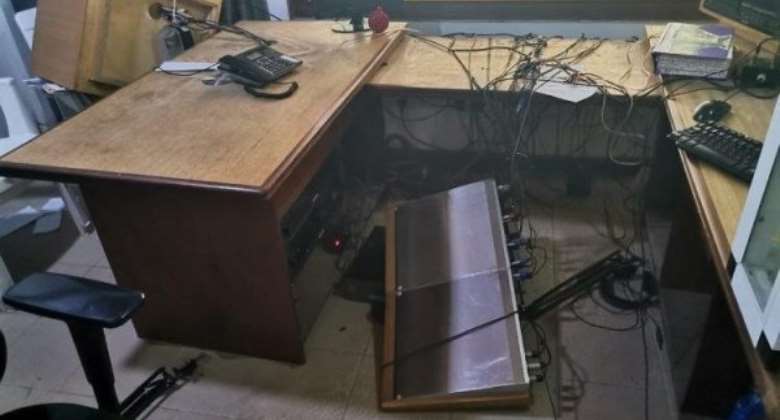 Information Minister Kojo Oppong Nkrumah has urged the Police Administration to ensure that the attackers of Radio Ada are identified to face the law.

The Minister was reacting to reports that staff of the radio station were attacked on Thursday, January 13, 2022, by a group of unknown young men following discussions about the Songhor Lagoon project in the Greater Accra Region.

In a media interview in Accra, Mr Oppong Nkrumah condemned the attack and asked the Police to ensure that the culprits are held responsible for their actions.

“The media are guaranteed the necessary freedoms to go about their work in this country. There is no justification for a group of people to physically attack a radio station and its staff for comments they have made on air.

"Even if a party is aggrieved at the comments made, there are legitimate and legal avenues for seeking redress. But such conduct cannot and should not be allowed to go unpunished," he stated.

He said the National Media Commission or the Courts were legitimate places for an aggrieved party to register his or her displeasure at the conduct of the media if one is unhappy about any content published.

He noted that in circumstances where the media content has the potential to offend the security of the area, the Police should be informed to take the necessary action through legal means, saying that attacks of this nature are totally unacceptable and the perpetrators must be identified, investigated, prosecuted and sanctioned.

The Minister added that he had spoken to the management of the radio station and asked them to make a report to the office of the Coordinated Mechanism on the safety of journalists at the National Media Commission to take action.

He expressed displeasure about situations where attacks on journalists go unpunished, saying it could breed a culture of impunity and intolerance of media work if not nipped in the bud.

He also warned that such acts have the potential to weaken Ghana's ranking on the press freedom index if not addressed immediately.