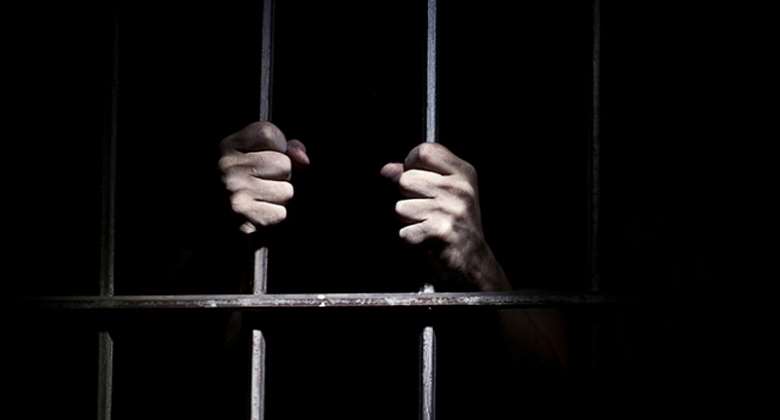 A driver who was asked to pay GHC88,014 into various customers' bank accounts, but ended absconding with the money, has been sentenced to five years imprisonment by an Adenta Circuit Court.

Michael Diabah, instead, used the money to purchase a parcel of land, household items and personal effects.

Diabah also abandoned his employer's car at one of the banks. Days after, Diabah was however nabbed at a drinking spot at Ashiaman.

Charged with stealing, Diabah pleaded guilty, and the court presided over by Mrs Sedinam Awo Balokah convicted him on his own plea.

“This shall be enforced as civil judgement,” the court said.

The court held that the civil order for judgement had been considered as mitigating factor.

Diabah's iPhone which was seized by the Police should also be given to him, it added.

The complainant resides at Santor, near Madina.

Prosecution said the convict resided at Adjei Kojo and that both the convict and complainant worked in a construction firm at East Legon, Accra.

It said on December 9, last year at about 1000 hours, the complainant sent Diabah with the company's Toyota Land Cruiser Prado with registration number GT 1062-21 and cash of GHC88,014 to deposit same into clients' accounts at various banks.

Diabah, Prosecution said failed to do as instructed and went into hiding.

Prosecution said during investigations, the vehicle was found parked at Cal Bank, East Legon branch with its doors unlocked and ignition keys kept in the vehicle at about 2130 hours same day.

It said on January 4, this year at about 1300 hours, Diabah was spotted at a drinking spot at Ashiaman by the complainant.

According to prosecution, the complainant alerted the Police at East Legon, who liaised with the Police at Ashiaman Police Command and Diabah was picked up.

It said a search conducted in Diabah's room led to the retrieval of an LG Home Theater, 14kg Gas Cylinder, a blender, two set aluminum pots, set of wine glasses, rice cooker, two pair of trousers and cash of GHC240.00

When quizzed, Diabah told the Police in his caution statement that he bought the above-mentioned items with the complainant's money.

Diabah further told the Police that he also purchased a parcel of land at Kpone Katamanso valued at GHC 20,000.

He however, failed to produce documents covering the parcel of land or lead the Police to the one who sold the land to him.

Withdrawal of Bagbin’s military guards proves Akufo-Addo is ...
14 minutes ago