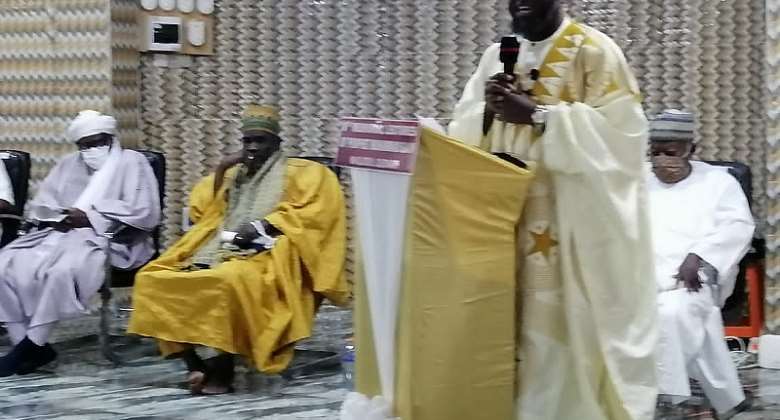 He counseled Muslims to desist from organizing demonstrations against Islamic leadership, no matter what.

His advice was justified on the authority of Abu Huraira who narrated that the Messenger of Allah (may peace be upon him) said, "It is obligatory for you to listen to the ruler and obey him in adversity and prosperity, in pleasure and displeasure, and even when another person is given (rather undue) preference over you."

Sheikh Muhammad Amin Bamba sounded the word of caution at the opening ceremony of the 8th Memorial Lectures of the Holy Prophet of Islam, Muhammad organized by executive management of Majid Qudwah in Tamale.

As the Covener, he made a presentation on the topic, "Relevance of leadership in our society."

In the context of the topic, he dissected the broad nature of leadership in the light of Qu'ran and Sunnah and underscored the need for Muslims to avoid factionalism in Islam.

He insisted that Muslims in Ghana should obey the National Chief and Regional Imams who are mandated to lead the way to Paradise.

The second Speaker, Dr. Abdulai Tinorgah narrated his personal upbringing, which sought to enliven and invigorate the interest of the youth to promote and protect their faith, make career choices and work harder to please Allah and to attain success.

The weeklong Maulid which commenced on 21st was to be climaxed on 25th December, 2021.