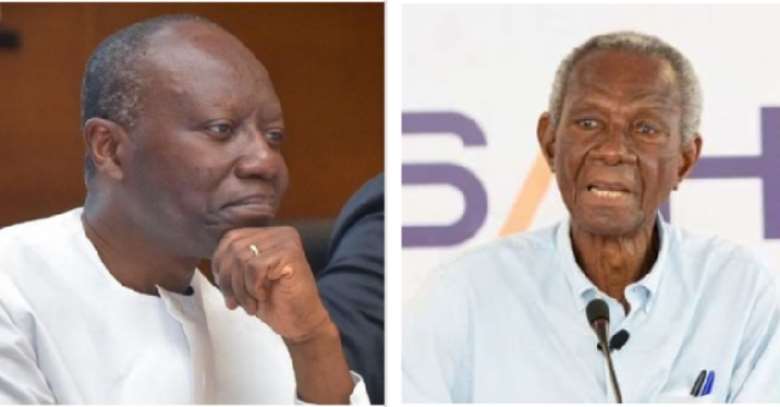 Finance Minister Ken Ofori-Atta “hasn’t done a good job” managing the economy, economist Kwame Pianim has stated, observing that “He is overborrowing” and “we are not getting value for money”.

“This government is borrowing as if there is no end”, Mr Pianim said on Wednesday, 22 December 2021.

In his view, the finance minister and the Akufo-Addo government has succeeded in dividing the country with the proposed 1.75 per cent e-levy, which threw parliament into chaos on Monday night during a vote on it.

“You managed to divide the country in a way [that] has never been so divided. Fisticuffs in Parliament; who is going to listen to you?” he asked rhetorically.

Mr Pianim told TV3‘s New Day on Wednesday, 22 December 2021 that Mr Ofori-Atta “needs to realise that he is not just a budget and expenditure minister” but a Minister for Finance, which means “growing the economy.”

He also revealed that Mr Ofori-Atta does not pick his calls so he could share his thoughts with him on the economy.

“The Finance Minister doesn’t take my phone calls,” he said.

“They know what they are doing”, he added.