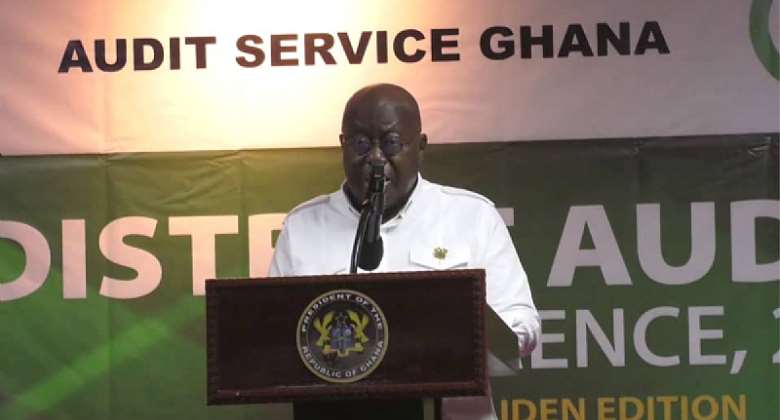 President Akufo- Addo has charged district auditors to live up to expectations in the discharge of their duties by ensuring that all avenues that amount to leakage of the public purse are blocked.

He was unhappy with the performance of district auditors as several cases of financial malfeasance also pop up during the hearings Public Accounts Committee.

“Every time we hear details of report of the Auditor-General and hearings of the Public Accounts Committee of Parliament, we know the district auditors are not working as they should. It has become routine for the Auditor-General to uncover cases of financial malfeasance in the public service that will otherwise go unnoticed. We cannot avoid the conclusion that the district auditors must be either complacent or incompetent”.

The President was addressing auditors at the maiden edition of the district auditors' conference in Kumasi.

The fight against corruption, according to President Akufo-Addo, can be effective if district auditors work as expected of them.

The Auditor-General, Johnson Akuamoah Asiedu expressed their readiness to help in the fight against corruption .

“The transformation of the Audit Service in recent times has put us in a position poised to take the fight against corruption to another level. We pledge our readiness to deliver as expected of us and even more”.

The conference was on the theme “Ensuring the Efficiency and Effectiveness of the State Auditor in a digitized economy”.