US to distribute free Covid tests as Omicron spreads 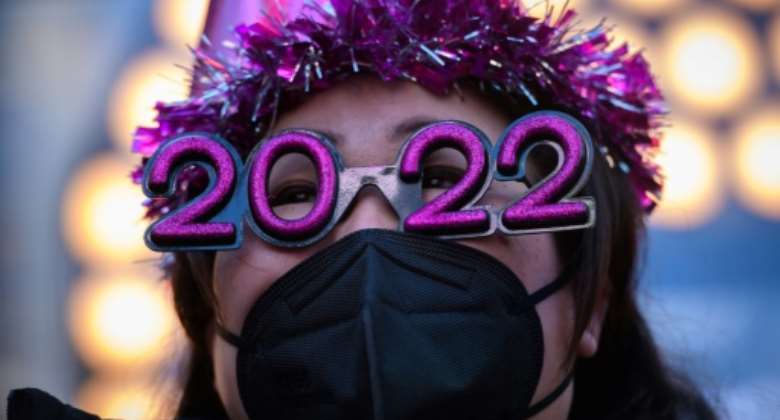 the World Health Organization called for vigilance over the holiday period. By Ed JONES (AFP)

The United States said Tuesday it will distribute hundreds of millions of free Covid tests in the face of surging Omicron cases, which have forced governments worldwide to reimpose restrictions ahead of the holidays.

Washington also said Tuesday it will donate more than $500 million in international Covid aid to help countries battle the pandemic, while Israel announced tough new restriction on US travel.

Amid fears that the highly-mutated variant might not be as effective against vaccines, the EU medicines watchdog said it was too soon to say if drug companies needed to develop an Omicron-specific jab.

Omicron, now present in dozens of countries, appears to be more infectious, despite early indications that it does not cause a more severe form of Covid-19 than the Delta strain.

Its lightning dash around the globe has forced governments to reimpose restrictions ahead of the holidays, dampening hopes the worst of the pandemic is over.

US President Joe Biden was due to address the nation later Tuesday after a White House official said the government will distribute 500 million free Covid tests and mobilize military medical personnel if needed.

"We have the tools to get through this wave," the official said, noting there are no plans to impose new restrictions.

The United States will also give $580 million (654 million euros) in additional aid to international organizations to fight Covid in the face of surging Omicron cases, Secretary of State Antony Blinken said.

One week of new Covid-19 cases. By Laurence CHU (AFP)

The announcements come after the Centers for Disease Control and Prevention said Omicron now accounts for 73.2 percent of new US cases over the past week ending Saturday.

Denmark said Tuesday it had also become the dominant strain there.

Biden took to Twitter late Monday to encourage people to get vaccinated and adopt safety measures like mask-wearing, warning that Omicron cases are on the rise.

"If you're an adult choosing to be unvaccinated, you will face an extremely difficult winter for your family and community," he said.

As Omicron fears loomed large over the end-of-year holidays, Israel become the latest nation to reimpose tough restrictions in an effort to contain Omicron.

Lawmakers Tuesday banned citizens and residents from US travel, adding it to a list of more than 50 countries declared off-limits, including Belgium, Canada, Germany, Hungary, Morocco, Portugal, Switzerland and Turkey.

People queue at a street-side Covid-19 testing booth in New York's Times Square on December 20, 2021 as omicron was announced to be the dominant strain in the United States. By Ed JONES (AFP)

The news comes after WHO director general Tedros Adhanom Ghebreyesus called for nations to redouble efforts to help end the pandemic, urging new year events to be cancelled because it was better to "celebrate later than to celebrate now and grieve later."

"We have to focus now on ending this pandemic," he said Monday.

Paris has already cancelled its new year celebrations, and Germany is expected to roll out tight restrictions on private parties and to close nightclubs.

Spain's Catalonia region is considering a clampdown as well, while Morocco has announced a blanket ban on New Year's Eve celebrations.

The Netherlands has already imposed a Christmas lockdown, with EU officials warning that the Omicron variant could be dominant in Europe by mid-January.

Scientists are racing to know more about Omicron, first detected last month in South Africa, with infections reported among double vaccinated people around the world.

The head of the European Medicines Agency (EMA) said it was too soon to say whether an Omicron-specific vaccine was necessary, adding that more data was needed.

"There's no answer yet on whether we will need an adaptive vaccine with a different composition to tackle this (Omicron) or any other variants," Emer Cooke said.

Her comments came as the WHO approved another vaccine on Tuesday, from US firm Novavax.

The jab was authorised by the EU on Monday, the fifth in the bloc after vaccines from Pfizer/BioNTech, Moderna, AstraZeneca and Johnson & Johnson.

Officials hope Novavax's vaccine, made from a more conventional technology than the others, will help persuade those hesitant about vaccination to get inoculated.