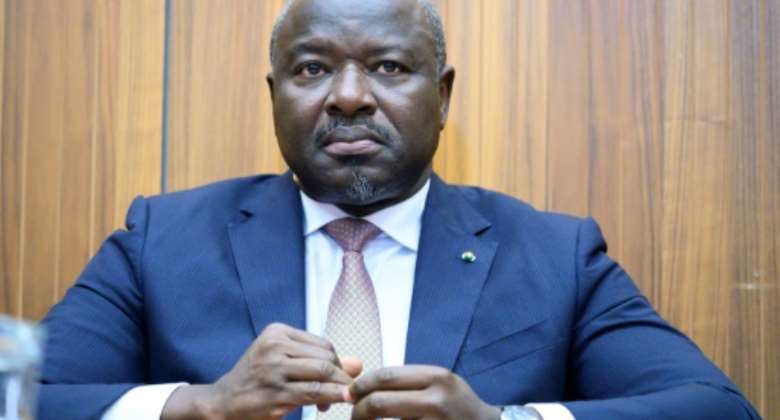 Lassina Zerbo, a 58-year-old geophysicist, has been named premier in Burkina Faso. By JOE KLAMAR (AFP)

The 58-year-old geophysicist is to take office amid rising popular discontent over deadly jihadist violence in the poverty-stricken country.

A new cabinet line-up is expected in the coming days.

Zerbo was executive secretary of the Vienna-based Comprehensive Nuclear-Test-Ban Treaty Organisation (CTBTO) from 2013 until this summer.

He is relatively unknown to most Burkinabes, but has gained some recognition abroad for his efforts towards banning nuclear explosive testing.

In 2018, the American Association for the Advancement of Science handed him its Award for Science Diplomacy for "using his scientific expertise and leadership ability to... promote world peace".

But Zerbo faces a Herculean task as the new head of government in his home country.

He will take over from Joseph Dabire, whose resignation Kabore accepted on Wednesday as he sought to defuse public anger over the government's perceived inability to end deadly jihadist violence.

Jihadist attacks have grown increasingly regular and deadly in Burkina Faso since 2015, killing 2,000 people and displacing 1.4 million from their homes, especially in the north and east.

The poverty-stricken country has been rocked by protests over the government's perceived inability to stem deadly jihadist violence. By OLYMPIA DE MAISMONT (AFP)

The peak of the deadly violence came on November 14 when 57 people, 53 of them gendarmes, were killed in the country's north.

Two weeks before they were attacked, the gendarmes had warned headquarters that they were running short of supplies and were having to trap animals to eat.

They had been waiting in vain for several days for a relief force when they came under attack from hundreds of fighters on pickups and motorcycles, according to accounts of the battle.

But the country's poorly equipped security forces have struggled against a ruthless and highly mobile foe.

Before the new premier was named, on Friday night, Kabore had called all Burkinabes to rally to overcome "terrorism".

"I make a call, to all daughters and sons of our nation, to support the war effort, each according to their abilities," he said, without providing more details.

In late November, 10 people were hurt, including a child and two journalists, when police used tear gas to disperse hundreds of protesters in the poverty-stricken nation's capital Ouagadougou.

Late Thursday, the armies of Burkina Faso and neighbouring Niger said they had killed around 100 "terrorists" in a joint military operation against the jihadists on the border between November 25 and December 9.

They had also dismantled two bases, one on either side of the frontier, they said in a joint statement.

Kabore was first elected in 2015, a year after his predecessor Blaise Compaore, who seized power in 1987, was forced out by mass protests for seeking to change the constitution in order to remain in office.