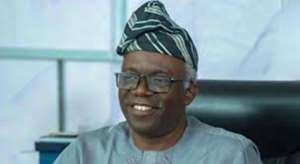 Femi Fala has established himself as a sought-after lawyer dealing with high-profile police brutality and human rights violation cases involving the Nigerian community. Falana, an Ekiti State born Nigerian is a Senior Advocate in Nigeria.

The Falana law firm has built and maintained its reputation as a leading Civil Rights law firm by successfully representing hundreds of people who were injured and/or killed by police.

As the chief defense lawyer, he has obtained verdicts and settlements worth hundreds of Millions of naira for victims of police misconduct and has successfully represented people of all social economic status all over the country.

He has fought for and obtained justice on behalf of police shooting victims, beating victims, false arrest victims and those who have been wrongfully convicted.

An outstanding trial lawyer, civil libertarian, and philanthropist throughout Nigeria. His name stands out as a Nigerian trial lawyer who has gained international prominence with his skillful defense in the mouths of domicile and diaspora Nigerians.

As a lawyer and civil rights activist, Falana strives to protect the rights of all. When he speaks, he displays a fresh, passionate voice and remains a champion of civil rights.

On a psychological level, he detests the Nigeria’s two-tiered justice system where the poor and the rich receive different justice outcomes. He believes that no one should suffer from police brutality which happens when officers use unwarranted force or threats when questioning, investigating, arresting, or transporting a suspect.

As a way to develop our young democracy, he continues to cry against police brutality and abuses perpetrated by officials of law enforcement agencies and the military.

There are few like him in recent times that continue to reprimand the Nigerian military and security officials of their serious human rights violations and abuses of the people.

In matters of Journalism, Falana once told Nigeria, in fact Africa, that the protection of journalists from government suppression is non-negotiable because “press freedom is the freedom of the society”.

No other lawyer like him has specifically defended and obtained victories for dozens of journalists and activists in Nigerian courtrooms and at the ECOWAS Court.

Falana, continues his fights against pre-trial media parade of criminal suspects and has even approached the court system asking it to declare media parade by the police and other law enforcement as unconstitutional. Especially when the lowly placed criminal offenders are mostly the victims, unlike politically and economically high-up persons. Illegal parading is an issue this writer has taken on for a very long time from a psychological angle. Falana’s cry in this area was heard recently when the Lagos legislature outlawed media parade of suspects.

Falana bites equally, as he is known to call out successive Nigeria regimes, both military and civilian governments regarding human and civil rights violations.

The world will always remember Fela Anikulapo Kuti, who used music as weapon to actively defend the people, a man Falana defended and went to jail for.

Falana, is continuously using his legal creativity and activism to raise the people's consciousness, educating the people and the society of the importance of civil resistance.

Falana is not stopping soon in his shaping of democratic consciousness of the people, as he believes that democratic governance and human rights are essential components of sustainable development and lasting peace.

Falana’s commitment for civil Rights under law is here to stay.

It is my hope that all law faculties in universities will establish the Femi Falana Center for Justice (FFCJ). It is about time to establish the FFCJ Award, recognizing lawyers in public and private practice for their extraordinary work in civil, human, and constitutional rights, and social justice.

At the time of this writing, Femi Falana and his law firm have accepted to take the case of Sylvester Oromoni, a 12-year-old student of Dowen College, Lagos, who was ostensibly bullied and tortured to death by some students at the college. This is the psychological issue that pushed me to write this notation. No cover up this time, Nigeria.

John Egbeazien Oshodi who was born in Uromi, Edo State in Nigeria, is an American based Police/Prison Scientist and Forensic/Clinical/Legal Psychologist. A government Consultant on matters of forensic-clinical adult/child psychological services in the USA; Chief Educator and Clinician at the Transatlantic Enrichment and Refresher Institute, an Online Lifelong Center for Personal, Professional and Career Development. A former Interim Associate Dean/Assistant Professor at the Broward College, Florida. The Founder of the Dr. John Egbeazien Oshodi Foundation, Center for Psychological Health and Behavioral Change in African settings. In 2011, he introduced the State-of-the-Art Forensic Psychology into Nigeria through N.U.C and the Nasarawa State University where he served in the Department of Psychology as an Associate Professor. The Development Professor and International Liaison Consultant at the African University of Benin, and a Virtual Faculty at the ISCOM University, Benin of Republic. Founder of the Proposed Transatlantic Egbeazien University (TEU) of Values and Ethics, a digital project of Truth, Ethics, Openness. Author of over 40 academic publications/creations, at least 200 public opinion writeups on African issues, and various books.