I didn't pay GHS51.2m to Woyome; he had no proper documents – Kwabena Duffuor 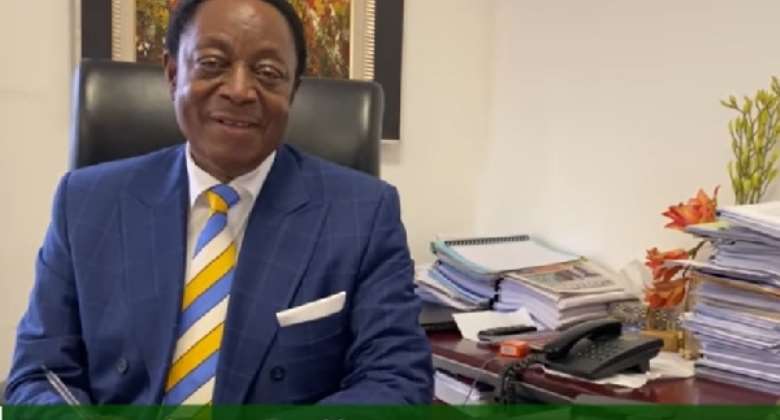 A former Finance Minister Dr Kwabena Duffuor has broken his long silence on the payment of the controversial GHS51.2 million judgment to businessman Alfred Agbesi Woyome.

According to him, as Finance Minister under late President Prof. John Evans Atta Mills, he refused to pay the controversial judgment debt to Mr Wayome because the latter had no documents to back his claim.

The country, in 2012, paid the businessman, for his financial engineering services for the construction of some stadia for the African Cup of Nations in 2008 under President John Agyekum Kufour.

The embattled businessman contested that the judgment debt he was paid was legal by the state.

"The money was paid to me legally, the court didn't even say I should pay back because it is legal, the court said it is unconstitutional," Mr Woyome said years back.

Speaking on the matter on Accra-based Asempa FM, the former Finance Minister said he refused to pay the money to Mr Woyome during his tenure because he had no proper documents to support his claim.

He said, “When the then-Attorney General and Minister of Justice wrote to me as the sector minister, I asked her to provide all the needed documents for me to pay. So, without the appropriate documents, I refused to pay”.

“As the Finance Minister, I refused to pay because the said the businessman had no documents covering his claims,” the former Governor of the Bank of Ghana said.

He admitted that the money was subsequently paid but it was paid by the courts and not him.

“As Finance Minister, I did not pay it, it was the court that paid,” he emphasised.

What's the big deal if military is withdrawn from Speaker Ba...
33 minutes ago

Bogoso explosion: 500 houses blown into pieces at Appiatse
35 minutes ago