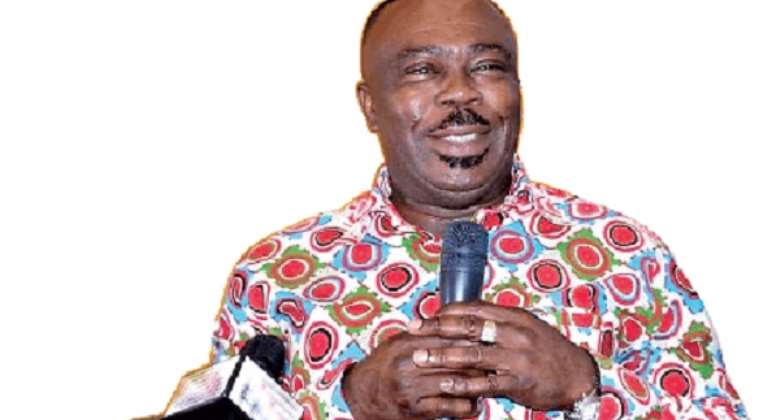 Outgoing Director-General (DG) of State Interest and Governance Authority (SIGA), Stephen Asamoah Boateng has commended Chief Executive Officers, their Deputies and Board Chairmen of State Institutions for their commitment towards rejuvenating their entities.

He said not many people believed they would get thus far when the transformation agenda started, as State Entities were operating in "silos" and in an “uncoordinated manner.”

According to Mr Asamoah Boateng, the conducive atmosphere now created by all of them helped to accelerate the passage of the SIGA Act 2019 (Act 990).

The focus of SIGA he reiterated, was to discover the major forces that would influence Ghana's economy by operating efficiently and, where applicable, profitably.

“The Single Entity concept has now become a reality. This is a huge success story that must not be downplayed or abandoned. I can say on authority that the World Bank has noted with pride in their records the creation of SIGA in Ghana as one of their success stories.”

He continued that “I have been inundated with enquiries from other African countries who are keen to learn from us.”

The outgoing SIGA DG, who started the State-Owned supervisory entity from scratch was addressing the Chamber of CEOs retreat which had Chief Executive Officers, Deputies and Board Chairmen of State entities in attendance.

The Chamber of CEOs was formed in the spirit of utilizing a shared platform for the sharing of ideas and learning of best practices among themselves to foster growth and a common synergy to support the functions of the current administration and future administrations.

They engaged in numerous training sessions to enhance their individual and collective skills to support the Government in delivering on its manifesto promises and fulfil its commitments under the social contract with the people of Ghana.

Mr. Asamoah Boateng, who at a point became teary, while recounting the successes of “his baby” earned the applause from the entire attendees. He expressed confidence that the “SIGA we are leaving behind, will stand the test of time.”

“We cannot claim to have accomplished all, but we have made commendable progress in ensuring the state's interests in Specified Entities have been enhanced,” he noted while mentioning his General Manager for Finance, Mr. Andrew Kwasi Frimpong.

He called for same support and collaboration given him at SIGA to be extended to his successor.

“We must be aware of our mission and the issues we face in our diverse organizations and be willing to communicate them to find solutions. We should not overlook the value of sharing information on some outstanding practices that could benefit us all,” he noted.

Finally, Mr. Asamoah Boateng who is gracefully leaving SIGA to focus on his campaign for the National Chairmanship position of the ruling New Patriotic Party, expressed profound appreciation and gratitude to the President, HE Nana Akufo Addo, for the confidence reposed in him by offering him the opportunity to achieve such great feat, the Vice President and the Chief of Staff.