Fallouts From The Parliamentary Sitting Of Friday 26th November 2021 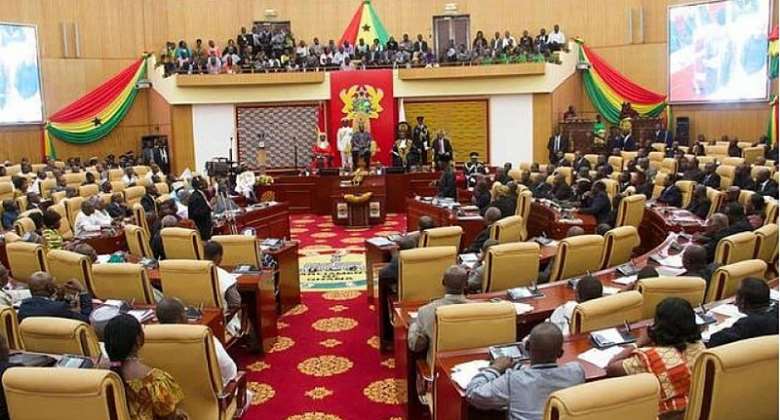 As required by and provided for by parliamentary procedure and the standing orders of the August House, Parliament on this famous day (November 26, 2022) and occasion was expected to bring to closure the debate on the 2022 Budget Statement and Economic Policy of the Government as presented to Ghanaians by the Finance Minister on behalf of the President of the Republic, Nana Addo Danquah Akufo-Addo.

As provided for in Article 111 of the 1992 Republican Constitution, Hon Ken Ofori Atta, the Minister was in Parliament to contribute to the debate and deliberations on the budget statement and Economic Policy alongside members of Parliament from the Minority as well as the Majority Groups.

Having brought closure to the debates on the floor of the House, the Minister for Finance requested for more time to go and do more consultations and bring back the budget for further consideration by Parliament. This request was thrown to the house for a voice vote.

In the opinion of the Rt Hon Speaker, the Minority Group had it with their 'No' Voices. This was challenged by the Deputy Majority Leader Hon Afenyo Markins and it triggered the resort to a headcount votes by Members of Parliament present in the Chamber. In reference to the same Article 111, Non Members of Parliament cannot take part in voting on the floor of Parliament and this required that any such persons in the Chamber should be cleared to set the stage for only Members of Parliament to vote. This obviously included the Minister for Finance since he is not a Member of Parliament. This irked the Majority Group who insisted that Hon Johnson Asiedu Nketiah, the General Secretary of the NDC who was observing proceedings from the Public Gallery of the House should equally leave, otherwise they will walk out. They did exactly that since there was no legal or legitimate basis for the Speaker to walk out Hon Asiedu Nketiah from the Public Gallery.

However, decerning minds have been able to read in between the lines to know that, it was just a time buying gimmick by the Majority Group aimed at disrupting the proceedings so that they could get the full compliment of their Members to challenge the stance of the Minority Group as far as the content of the 2022 Budget and Economic Policy is concerned. Other than that, every Member of Parliament at least knows that the public including their constituents from across the country are entitled to observe proceedings of Parliament from the Public Gallery. To equate a seat on the floor of the Chamber to a seat in the Public Gallery is absurd and incomprehensible.

Since walkouts are legitimate and time-tested parts of Parliamentary practice, the venerable, experienced and resolute Rt Hon Speaker of Parliament could not circumvent the law on this occasion. As such, he continued with proceedings after laying bare the legal and legitimate basis upon which business of the House had to continue following the walkout by the Majority Group instigated by not the Leadership of the Caucus but a first time MP and Back-bencher, Hon Davis Opoku.

Records of Members present in the House was taken to ascertain whether the House formed the required one-third quorum of all Members. The quorum was met as the number presente exceeded the Ninety-One minimum. Thus the Speaker threw the question on whether or not the House should give the Finance Minister more time to go for more consultation and get back to the House, the House unanimously voted No through a voice Vote. This therefore meant that the 2022 Budget Statement and Economic Policy was duly laid before the House to approve or reject it. Once more the Rt Hon Speaker put the question to the House and all One Hundred and Thirty Seven Members of the Minority Group presented voted against the question meaning a rejection of the Budget.

This has been fiercely criticised by the ruling NPP, the Majority Group in Parliament who staged the walkout as well as government communicators and spokespersons. They aver that it was an exercise in futility, unconstitutional, void and of no effect as contained in a press release from the Office of the Majority Leader. They have ceased every single opportunity to lambast, vilify and lampoon the Speaker of the House claiming bias, bad-faith and partisanship on his part.

This is grossly unfortunate and uncalled for.

This is the same Speaker who on this particular day delayed proceedings for a longtime in order for the Majority Group to garner enough members to enrich the debate on the floor of the House. This seeming delay incurred the wrath of the Minority Group and the NDC stock to accuse the Rt Hon Speaker of playing to the whims and caprices of the NPP. So whose interest is the Speaker serving since both sides are accusing him of favouring their opponents? Obviously, the interest of Ghana which is to apply the rules fairly without fear or favour which is exactly what Hon Alban SK Bagbin has been doing.

The commentary from renowned political scientists, governance experts and civil society organisations lends credence to the effectiveness of the current parliamentary outlook since this is the first time in the history of the Fourth Republic that a National Budget has been rejected. This is also the first time that a Mojority in Parliament was put under tremendous heat to seek solace from a walkout; it stands now as a record. The Government and the Majority Group Leadership in Parliament should use the opportunity to build more bridges especially with the Minority Group in Parliament and accord the Rt Hon Alban Sumana Kingsford Bagbin the needed respect and recognition in consonance with the position he occupies no matter his prior political background.

Moreover, the consultation that the Minister for Finance asked of should center on the vexatious E-Levy of 1.75% which has angered a vast majority of the Ghanaian people. Such consultations should equally look at the decision to disregard the calls for the Minister of Roads and Highways to reverse his unlawful directive on the stoppage of Toll Booths across the country since the Hon Amoako Atta has refused to acquiesce to the call by the Rt Hon Speaker which amounts to a disrespect for the Speaker and a contempt of the House.

Furthermore, the calls by the Minority Group for the budget to make provision for relief efforts towards the Keta Tidal Waves Disaster Victims must find expression in the Budget. I cannot conclude this without appealing to the Government to show some respect to the Civil Society and Governance Watchers by expunging the Agyapa Transaction Agreement from the Budget. With all intents and purposes, this transaction is highly unpopular and amounts to an attempted fleece of the nation’s resources.

It is never in the interest of any individual or group to have a proposed budget rejected. After all, there are still some loudable and well thoughtout interventions and proposals in the rejected budget. However, one bad nut the Elders say is capable of infesting and spoiling the so many other good nuts. Let the government do the needful and the Minority will find middle ground in the interest of the average Ghanaian.

What's the big deal if military is withdrawn from Speaker Ba...
28 minutes ago

Bogoso explosion: 500 houses blown into pieces at Appiatse
30 minutes ago