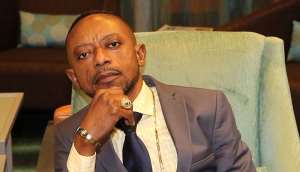 An Accra Circuit Court has fixed January 19, 2022 to commence the trial of Reverend Isaac Owusu Bempah of the Glorious Word Power Ministries and three others, who allegedly assaulted police officers and caused damage to property.

When the matter was called prosecution led Chief Inspector Dennis Terkpetey said the accused have been served with witness statements and other relevant documents.

The Court presided over by Mrs Rosemary Baah Torsu asked: “Can we all agree that the accused have been served with witness statements and other documents so all was set for the trial?”

Prosecution and defence admission of receipt of witness statement led to the adjournment of the case.

On January 19, next year, Prosecution is expected to call its first witness in the person of Rudolf Okaija Welbeck. The witness is expected to be cross-examined by defense counsel.

They have been variously charged with offensive conduct, assault on Police officers and causing unlawful damage.

Accused have pleaded not guilty to the various charges and they are on bail.

Accused are said to have assaulted Officers tasked to invite Rev. Owusu Bempah to the Police Station after a case of threat of death was made against him and the accused persons.