Majority MPs can't just get up and shout me out of Parliament, they have no right – Asiedu Nketiah 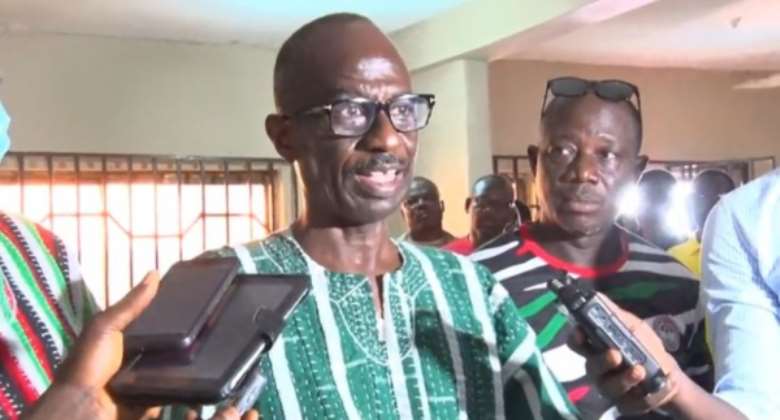 The General Secretary of the National Democratic Congress (NDC), Johnson Asiedu Nketiah, has defended his decision to remain in the public gallery of Parliament yesterday, despite the Majority's insistence for him to leave the House.

He said they have no right to drive him out of the public gallery.

Mr. Nketiah was the centre of attention after the Speaker of Parliament asked all non-MPs to leave the chamber for processes for the approval of the 2022 budget to continue on Friday, November 26, 2021.

His defiance angered the majority side, and they staged a walkout subsequently.

While vacating the Chamber, the Majority MPs demanded that Mr. Nketiah who was sitting in the public gallery at the time, must also exit the House.

He ignored their request.

This infuriated the Majority MPs who walked out of the Chamber, leaving only members on the Minority side.

But reacting to the incident, Johnson Asiedu Nketiah insisted that the demand of the Majority was non-parliamentary.

“I wasn’t speaking to anybody. I was sitting down alone. So if you just see me and say that I must leave, when other people were in the public gallery, then they were insisting on the wrong thing. When people insist on the wrong thing, and you give in, then you are doing appeasement, and it doesn’t help democracy in any way. Let us insist that they were wrong because they were insisting on a non-existent right. They do not have the right to drive away a member of the public away from the public gallery. It is only the Speaker who can order people away from the public gallery, and no one appealed to him. But you just get up and shout that I should go away, it does not help.”

Following the absence of the Majority MPs after the walkout, the Speaker of Parliament suspended proceedings in the House for 10 minutes.

The absence of the Majority MPs did not prevent the House from continuing with the business of the day.