It's All Right To Be Sick: The Secrecy On Illness Of Africa's VIPs 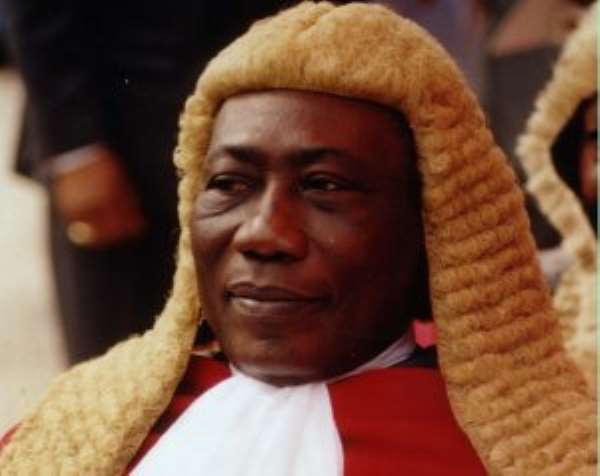 Whether we like it or not and whether we accept it or not, every living being or thing (except God) is subject to their own kind of ailment and mortality irrespective of status. A Ghanaian proverb says yadeε anaa owuo nkyiri bi meaning sickness or dead does not discriminate. Regardless of social, political, economic, or religious status each one of us lives under this mortal condition, at least from this side of existence.

Among people-centered or community-centered cultures, and Africans in particular, when a very important person such as the king/chief, queen, president/head of state, a minister of state, diplomat, justices, or minister of religion become ill, it is kept a top secret. It is sometimes regarded as betrayal to publicly announce the sickness of such a VIP let alone name the kind of sickness. There might be a few exceptions, but generally, this is the norm. We understand that when any of these people “visit the village” or “cross the river” (i.e., die), the family needs time to prepare to receive the public when such announcement is made. However, this is quite different from letting the public know of the ill-health of their public servant to enable them offer support to the person and his or her family in such a difficult time. It also allows the public to prepare for transition if necessary. That is why this author finds it quite odd for the government to keep a tight lip on the health condition of Justice Edward Wiredu, Ghana’s Chief Justice.

Why this secrecy surrounding the sickness or death of our highly placed public servants? Perhaps, it has to do with ancient tradition and belief bequeathed to and accepted by contemporary generation. For instance, among ancient Egyptian, Mesopotamian, Sumerian, and Sudanese cultures (to mention just a few), rulers were believed to personify not only their nation but also the divine. As such the sickness of the ruler is construed as an indication of ill health of their nation or a weakness of the divine he or she represented. Is this true of us today?

Moreover, certain sicknesses or diseases were seen as a vindictive or malicious weapon of the enemy and therefore a defeat for the “immortal” and “invincible” judge and ruler – a victory for his or her enemies. A public announcement of his/her ailment provided ammunition of triumph for the enemy.

Also, in contemporary situations, some people attribute sickness to God’s punishment for not doing and living right and even seek evidence from scriptures to support this claim. In my view, however, this claim is ambiguous for who are we to judge the moral reason(s) of someone’s suffering. By saying this does not suggest a denial of certain devastating, disease/sickness-prone consequences of our behavior and actions. But, this is not what is at stake here.

When I say “It is all right to be sick” I am not promoting sickness nor advocating for its occurrence. I simply mean to say there is nothing to be ashamed of for being sick or incapacitated. Sickness and body weakness are within the framework of our human condition and human frailty; accepting it is also an affirmation of who we are as human beings. In other words, to be sick is human without any apology. By naming our sicknesses we dismantle some myths, confront the disease through vigorous research, and, more importantly, accept it when it does happen. Our so-called VIPs are simply humans so let them be what they are – nothing more nothing less. Robert Yaw Owusu, Waco, TX, USA. Views expressed by the author(s) do not necessarily reflect those of GhanaHomePage.

Invest less in propaganda, more in agric sector to avert loo...
3 minutes ago

I suggest we open the borders for a month or two and see; we...
14 minutes ago