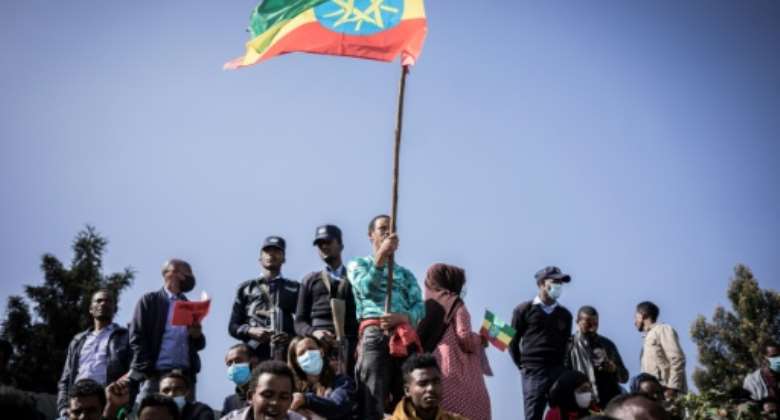 War-hit Ethiopia has announced new rules against sharing information on battlefield outcomes in the war against Tigrayan rebels, a move that could bring sanctions against journalists.

Prime Minister Abiy Ahmed's government declared a nationwide state of emergency earlier this month as fighters from the Tigray People's Liberation Front (TPLF) advance towards the capital, the latest turn in a brutal year-long conflict.

International alarm is mounting about the escalating war in Africa's second most populous country, with anxious foreign governments urging their citizens to leave.

The new decree issued late Thursday said it was "forbidden to distribute in any communication systems any military movements, battlefield outcomes" that were not officially published by the government.

"Security forces will take necessary measures on those who have been found to violate" the order, it said in a possible warning to news outlets and social media accounts that have reported on rebel claims of territorial gains.

The government also barred residents from "using various types of media platforms to support directly or indirectly the terrorist group" -- a reference to the TPLF -- and warned of unspecified consequences for anyone who ignored the decree.

The state of emergency imposed on November 2 allows the authorities to conscript citizens who own weapons or suspend any media outlets believed to be "giving moral support directly or indirectly" to the TPLF.

The latest decree also bans anyone from calling "for a transitional government", days after a prominent opposition party, the Oromo Federalist Congress (OFC), issued a statement urging an end to the fighting and the establishment of an interim administration to facilitate dialogue.

"During the mandate of the interim administration, all parties will begin negotiations on the formation of an all-inclusive transitional government that shall last for 18 months. No major stakeholder shall be excluded from these negotiations," the OFC said Wednesday.

Ethiopia's war erupted in November 2020 when Abiy, winner of the 2019 Nobel Peace Prize, sent troops into the Tigray region to topple its ruling party, the TPLF.

He said the move was in response to TPLF attacks on federal army camps and promised a swift victory, but by late June the rebels had retaken most of Tigray, including its capital Mekele.

Since then, the TPLF has pushed into neighbouring Amhara and Afar regions, and this week it claimed to have seized a town just 220 kilometres (135 miles) from Addis Ababa.

On Wednesday state media reported that Abiy, a former lieutenant-colonel in the military, had arrived at the front line to lead a counter-offensive, handing over regular duties to his deputy.

The fighting has killed thousands of people and driven hundreds of thousands into famine-like conditions, according to UN estimates.