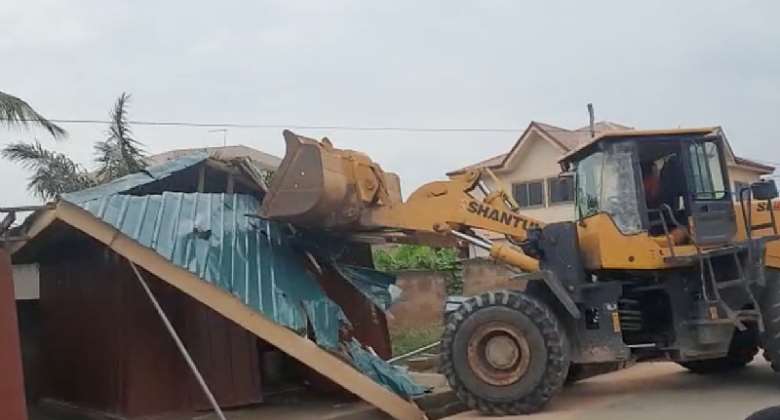 Weija Gbawe Municipal Assembly in the Greater Accra Region has destroyed several containers mounted at unauthorised places in the area.

According to the Municipal Chief Executive, the exercise, which will take place in all 14 electoral areas within the Municipality, will also focus on structures built on waterways that are impeding the free flow of run-off water during the rainy season.

“Looking at the work that the government has done in beautifying the place, we have some unscrupulous people who are going about mounting containers in unauthorised places,” Mr. Kumor said to Citi News.

“We will not sit down for a group of persons or some group of people to take the law into their own hands in this municipality. Not under my watch. For that matter, what needs to be done to make things right will be done.”

The MCE also lamented the difficulties they face in the hands of some Asafo groups who give out spaces to persons to mount containers, adding that they will soon rope in the Military into the task force to help in the demolition exercise.

“We had a MUSEC [Municipal Security Council] meeting some two months ago. We called all the traditional authorities, and we warned them that we cannot continue with this,” Mr Kumor said.