By Reporter
Oil and Gas 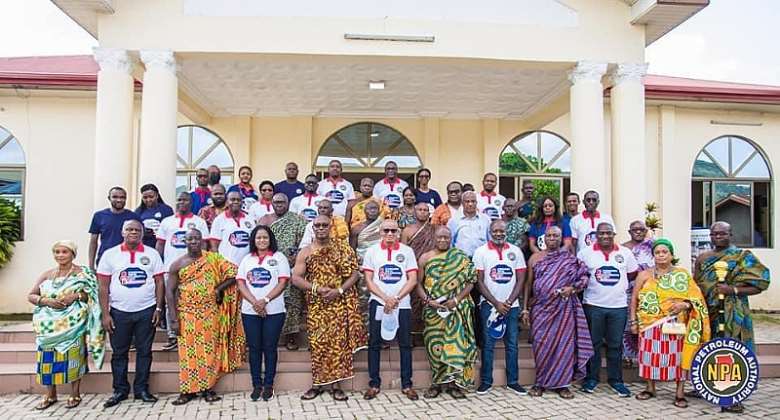 The National Petroleum Authority (NPA) on Thursday, November 4, 2021, held a durbar to mark the Authority's Consumer week Celebration in Ho.

The Chief Executive Dr. Mustapha Abdul-Hamid together with Officials from the Authority paid a courtesy call on the Agbogbomefia of the Asogli State.

He later called on the Volta Regional Minister Dr. Achibald Letsa to inform him about their presence in the regional capital before heading to the Jubilee park.

Dr. Hamid in his address highlighted key initiatives employed by the Authority to combat fuel adulteration which is not only harmful to the environment but also an exploitation of petroleum consumers.

He also outlined steps taken to improve consumer complaints and resolution procedures to ensure that complaints of consumers are effectively managed.

Dr. Hamid concluded his address by admonishing perpetrators to desist from illegal fuel activities or face punitive sanctions such as fines or imprisonment or both.

Hottest Photo Reports
Catch up with all the political quotes from our politicians.
Advertise here
More from Oil and Gas
ModernGhana Links
Fuel prices to decline but Cedi fall will water down impact – IES predicts
Fuel prices to go down from August 1
Renewable Power Remains Cost-Competitive amid Fossil Fuel Crisis
TOP STORIES