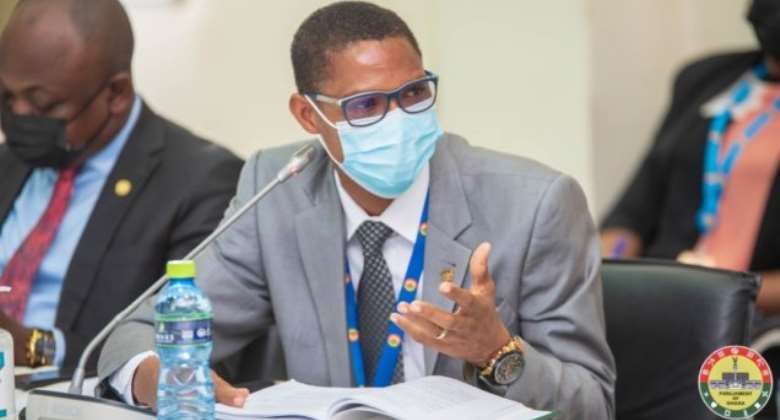 Member of Parliament for Madina Francis-Xavier Sosu is expected to appear before a court in Accra later today, Monday.

He will answer to criminal charges leveled against him by the Ghana Police Service.

The Ghana Police Service last week secured a criminal summons for the Madina MP to appear in court on November 8, 2021.

It is however unclear whether the MP has been seen personally with the criminal summons or not.

This follows several failed attempts by the police to arrest the legislator alleged to have breached the law during a recent demonstration by residents of Oyarifa and its environs.

In the protest, some of the protestors blocked roads and burnt tyres and allegedly destroyed some property.

Police have insisted that these amounted to criminal activity and have tried to invite the MP to assist with investigations.

Mr. Sosu said some police officers tried to arrest him during the protest.

Police were also reported to have tried to arrest Mr. Sosu while he was at Church on Sunday though the Police administration has denied the reports.

Though protestors had blocked roads during the protest, Mr. Sosu said there was no basis for any arrest because he had followed due process in organising the protest.

After the first attempt to arrest him, Mr. Sosu filed a formal complaint in Parliament accusing two police commanding officers of contempt of Parliament.

The Speaker of Parliament, Alban Bagbin, referred the complaint against the two police personnel to the Privileges Committee of Parliament.

The Majority Caucus in Parliament have accused the Speaker of Parliament, Alban Bagbin of instituting new rules that seem to undermine the rule of law without any prior discussions with the leadership of the house to protect Xavier Sosu.

But the Minority disagrees with this position accusing the Majority of twisting the facts and seeking to undermine the Speaker.