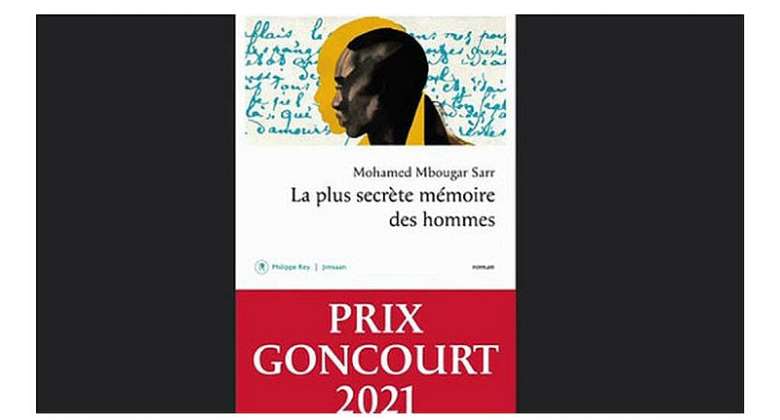 Sunday marks the International Day of the African Writer, an apt day to celebrate Senegalese writer Mohamed Mbougar Sarr's Goncourt literary prize for his book “The Most Secret Memory of Men”.

The Association of Writers of Senegal, have planned a celebration on Sunday.

Association president Alioune Badara Bèye told RFI correspondent Charlotte Idrac that Sarr, has addressed many issues in his books that are sensitive and even controversial.

Much has been made of Sarr's young age - 31 - but he was already an excellent student before he won the prestigious Goncourt, said author and director Pape Faye.

He had collected other prizes in philosophy, history and geography as a student.

"Very early, he was decorated and raised to the rank of national Knight of the Order of Merit by the president of the [French] republic, " said Faye.

Senegalese President Macky Sall hailed Sarr's book as a beautiful example that displays the "tradition of excellence of Senegalese men and women of letters.”

While Senegal is proud of his accomplishments, it's for all of Africa to share, according to Mamadou Camara, also a member of the Writers Association.

"I have read some of his previous novels. It is a style that is quite daring and poetic too. This is a good thing, especially for young Senegalese literature," he said.

Senegal has been on the world literature radar for some time. Recently, the latest (US) Neustadt prize for literature was awarded to the writer Boubacar Boris Diop.

Drop it like it's hot
At the Quatre Vents bookstore in Dakar, the book sold like hotcakes as soon as the news was announced.

"We sold out, but it really sold out in less than 10 or 15 minutes. Additional copies had to be taken from the storeroom,” said Joséphine Goudiaby, bookstore manager.

She had just put a pile of "The Most Secret Memory of Men" in a prominent place in the bookshop.

"We were selling it long before that. Since we got the book in September, we've sold more than 100 books," she added.

The book attracts all types of readers, according to the bookseller.

El Hadj Mamadou Thiam, 66, has never read a book by Mohamed Mbougar Sarr, but he knew him by name, and bought two copies, for himself and his children, at 11,000 FCFA each - just under €17.

"I discovered him a year or two ago with "De pur hommes" which reflects on some of the limits of Senegalese society through homosexuality," she said.

Aluta Continua: We are unable to call off strike – UG-UTAG t...
18 minutes ago