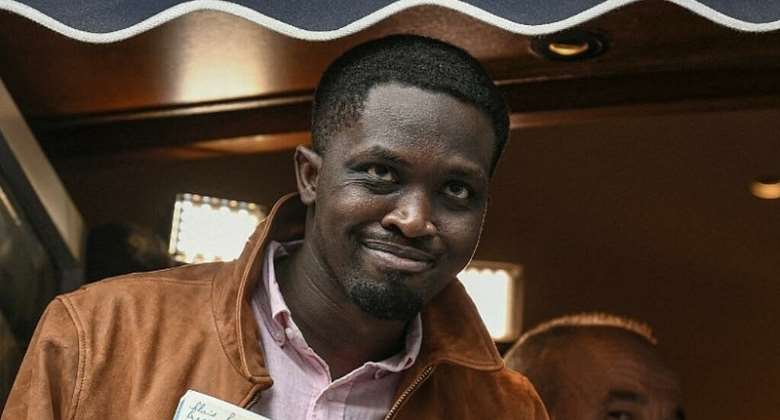 The Prix Goncourt, France's leading literature prize, was awarded on Wednesday to a young Senegalese writer Mohamed Mbougar Sarr, with a novel exploring the destiny of a cursed African author.

Mohamed Mbougar Sarr is only 31 years old, but was the critics' favourite among the nominees.

He becomes the first sub-Saharan African to win the most prestigious French award.

'No age in literature'

The 31-year-old writer received six votes in the first round, announced Goncourt secretary Philippe Claudel, for "The Most Secret Memory of Men" (La plus secrète mémoire des hommes), a novel inspired by the cursed destiny of the Malian writer Yambo Oulologuem.

"I feel so much joy," he said at the upmarket Parisian restaurant where the awards are traditionally announced.

"With this young author, we have returned to the fundamentals of the Goncourt will," Philippe Claudel explained, noting that at 31, more works could be expected from Mbougar Sarr.

"This was done in the first round. It is written in a flamboyant way. It is a hymn to literature", said Paule Constant, another member of the jury.

The writer is the son of a Senegalese doctor and had been studying African literature at a top French university.

Other votes went to Sorj Chalandon for Enfant de salaud and to Haitian Louis-Philippe Dalembert for "Milwaukee Blues". None went to Christine Angot for Le Voyage dans l'Est, which won the Médicis prize last week.

The Goncourt is decided by a jury of seven men and three women, but laureates take just 10 euros in prize money.

The award however traditionally guarantees the sale of hundreds of thousands of books.