By Stuart GRAHAM with Charlotte DURAND in London
Africa 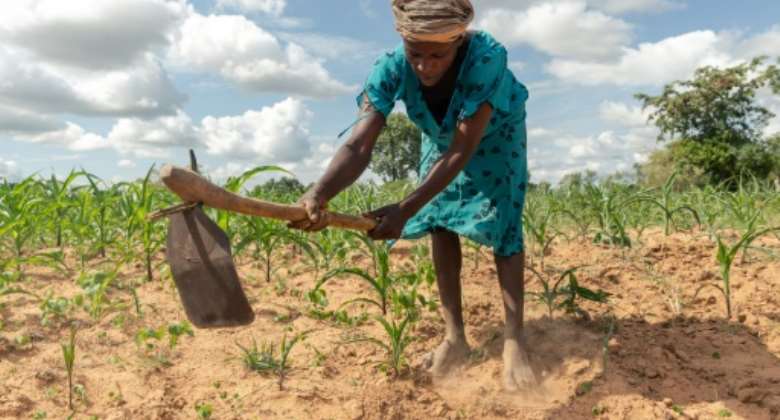 African countries will use next week's COP summit to demand rich nations honour and then deepen their pledges to fund the fight against climate change, a top negotiator said Thursday.

The UN meeting in Scotland hosts a two-day summit of world leaders from Monday, with organisers warning that the chances of averting runaway climate change are dwindling.

For wealthy economies, the big focus will be on cuts in carbon emissions to try to restrict global warming to 1.5 degrees Celsius (2.7 degrees Fahrenheit) above pre-industrial levels.

This is the safer of two goals set down by the UN Framework Convention on Climate Change (UNFCCC) for preventing worse drought, floods, storms and rising seas.

But for African countries, the biggest issue is money -- funds to help struggling economies curb their emissions and also adapt to the wrenching impact of climate change.

"We have been waiting for more than 10 years for the promise of $100 billion per year," Tanguy Gahouma-Bekale, chair of the African Group of countries at the climate talks, told AFP.

It was in 2009 that rich countries first pledged to muster $100 billion annually, from all sources, to help poorer nations, a target that would be achieved by 2020.

The promise was made to help stave off a fiasco at the 2009 Copenhagen climate summit and was enshrined in the 2015 Paris Agreement -- the negotiating basis for the coming talks in Glasgow.

But the 2020 goal was missed and Britain's COP president, Alok Sharma, has admitted it is unlikely to be achieved before 2023.

"The position of the African group is that we can come back on track and find a solution to close this gap," said Gahouma-Bekale, an adviser to the Gabon government.

"We need now to go to the target that we committed in the Paris agreement this year, not in two years."

Wealthier countries are grappling with how to revamp their energy systems to reduce fossil-fuel emissions, but African nations face different challenges, said Gahouma-Bekale.

"Africa is not going to accept to limit its economic development to accompany the fight against climate change -- that is why we are asking for support," he said.

"Africa is not at all responsible for the situation, but is one of the most vulnerable continents.

"The African continent has a population that is almost half disconnected from the electricity grid.

"So rather than looking for an energy transition, we need to look at how we are going to match our energy supply with demand," he added.

That would require much more funding than the $100 billion a year currently pledged, he warned.

"Now that promise has become obsolete, it's no longer relevant. We think that maybe we need 10 times more."

He also demanded better accounting of how the money was being delivered.

"Today we have no methodology, no table on how to track this money," he said.

Official figures show that between 70 and 80 percent of the $100 billion target had been delivered, "but a lot of countries didn't see the money on the ground", he claimed.

"So where goes this money?"

Many developing countries are also angry at the logistics of the conference in Glasgow, despite British government promises to offer free coronavirus vaccines to any delegates in need.

"The cost to find accommodation is very high, so African delegates may be one hour" from Glasgow, Gahouma-Bekale said.

"We have also a lot of challenges due to quarantine, to vaccines."

Given the scarcity of vaccines in Africa, many delegates will instead have to isolate on arrival and undergo costly tests.

"But we try to come here, we try to do all the visa, all the accommodation to travel to here because it's a fight for the future, for our children," he vowed.

"And we will be here until the end of this COP."