N/R: Maiden marathon to be held in Tamale 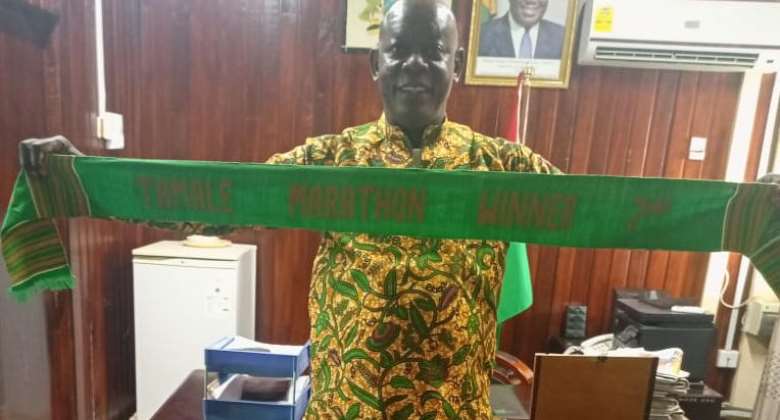 Tamale, the Northern Regional capital is set to witness the maiden marathon sporting activities at the Aliu Mahama Sports Stadium.

Mr. Charles Cobbina, the Public Relations Officer of the Western Region Coordinating Council who happens to be the initiator of the Tamale Marathon addressing journalists in Tamale said the event is going to be an annual activity to help promote and discover the resources, culture, talent and potentials of the North and the Western Region.

He urged sporting clubs, keep-fit clubs, corporate bodies and the youth to make the upcoming event the biggest sporting activity in the Northern Region.

According to him, eminent persons in the region including the Regional Minister, the three MPs in Tamale and others have assured their participation in the event.

According to him, aside the marathon, there will be an after-party program that seeks to network business people and dignitaries from the Northern Regions and the Western Region respectively.

Mr. Charles said the event is also to expose the potentials in both regions to the young ones. "There is the need for us to interrelate as Ghanaians to familiarize with each other culture and our way of living," he stated.

He continued, "We will use the occasion to launch what we call the Western Region, Secondi-Takoradi and the Northern Region, Tamale twin city partnership, we want to do something unique and different in this country, we believe that the potentials of the Western Region and the potentials of the Northern Region and all the five Region's of the North is great for a new thinking and paradigm shift, it's time to look for beautiful things within our country."

‘A Deputy Speaker is not a Speaker, I’m an MP’ – Joe Wise
5 minutes ago