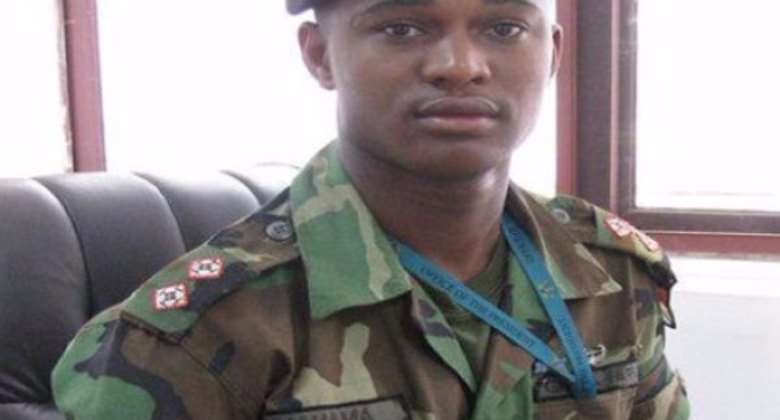 Michael Anim, one of the alleged murderers of Major Maxwell Mahama, on Monday told an Accra High Court that, he lost a tooth due to severe beatings from the Police when he was arrested.

“When I was hit, I became unconscious and before knowing where I was, I found myself at the hospital receiving treatment,” he said.

Anim, who opened his defence in a mini trial led by Mr Augustine Gyamfi, his Counsel, said he used to sell drinks until his arrest in 2017 in connection with the murder of the military man.

The mini trial is as a result of objections from the Defence Counsel to the tendering of some cautioned and charged statements taken from some accused persons.

“I had a swollen face and head with blood oozing from my mouth,” he added.

Anim told the Court presided over by Justice Mariama Owusu, a Supreme Court Judge, sitting as an additional High Court Judge, that at the Nima Police Station, he did not give a statement.

Mr Gyamfi asked Anim if he received any form of medical treatment after the beatings and he said no.

Anim said from the Nima Police Station, he was taken to Nsawam Prison, where the investigators came to inform him that even though he gave some statements, he could give more if he wanted.

He said before he knew it, one of the investigators had allegedly started writing a statement, which he was compelled to thumbprint.

In a cross-examination, Mrs Frances Mullen Asare, a Chief State Attorney, told Anim that his evidence to the Court that he lost a tooth was not correct.

The Chief State Attorney suggested to him that he was physically and mentally stable when he gave his statement to the Police, but he disagreed, saying “I was sick.”

Mr Charles Kwaning and one other person also opened their defence and were crossed examined.

Fourteen persons are standing trial at an Accra High Court over the killing of Major Mahama, who was an officer of the 5th Infantry Battalion, at Burma Camp.

The late Major was on duty at Denkyira-Obuasi in the Central Region when on May 29, 2017, some residents allegedly mistook him for an armed robber and lynched him.