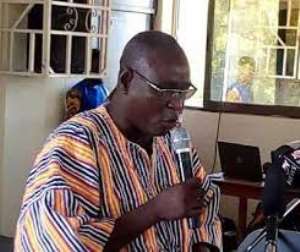 Assembly members of the Lawra Municipal Assembly have for the third time refused to confirm the President's Municipal Chief Executive (MCE) nominee for the area, Martin Bomba-ire.

The nominee was re-appointed by President Akufo-Addo after failing to secure a win on two earlier separate occasions.

Mr. Bomba-ire polled 23 “YES” as against 18 “NO”, thereby being unable to obtain the two-thirds majority of the assembly members as required by the local governance ACT.

He adds up to two other MMDCEs in the Upper West region who were rejected in their earlier appointments.

The two others are Christine Bombanye Amadu of the Jirapa Municipal Assembly and Ali Bukari of the Wa West District Assembly.

Voting for the confirmation of Christine Bombanye is expected later today, while that of the Wa West will be done tomorrow.

The nominees for the Lawra and Jirapa assemblies are said to be facing stiff opposition especially from some members of the governing New Patriotic Party in their respective districts, while that of the Wa West is confronted with opposition from both the governing party and the main opposition National Democratic Congress.