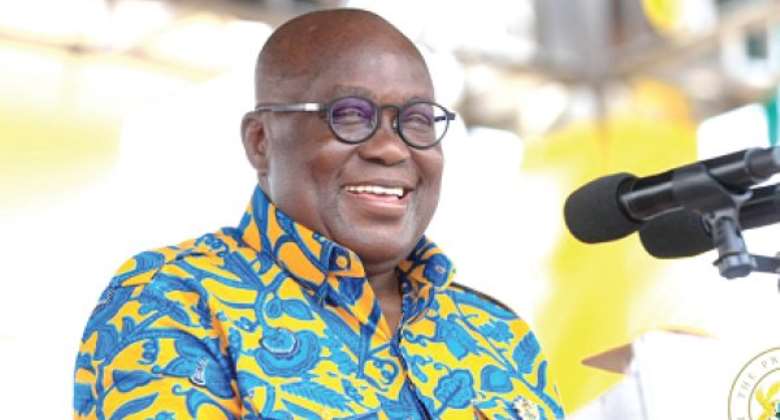 President Nana Akufo-Addo, will on Friday launch "Operation Clean Your Frontage" Campaign at the Independence Square in Accra.

The Campaign is part of measures by the Greater Accra Regional Coordinating Council (RCC) to keep the City clean.

Mr Henry Quartey, the Greater Accra Regional Minister, made the disclosure during an interaction with journalists in Accra.

The Minister said the campaign was to enforce sanitation regulations in the City, as part of the "Make Accra Work" agenda.

He said the Campaign would also include greening major streets, parks and roundabouts within the City.

The Minister noted that "Operation Clean Your Frontage" bye-laws had been enacted by the various Metropolitan, Municipal and District Assemblies (MMDAs) within the Region, to ensure that environmental health officers regularly inspect the frontage of premises to enforce sanitation regulations.

He said the "Operation Clean Your Frontage" Campaign, would become fully operational on 1st February, 2021, adding that a grace period of three months was been given to all landlords and corporate institutions to prepare for the successful take off of the Campaign.

He said: "As part of the "Operation Clean Your Frontage" Campaign, we expect businesses, households, landlords, and all others to be responsible for the cleanliness of their frontage and their immediate surroundings."

Mr Quartey appealed for support from the media in carrying out the "Operation Clean Your Frontage" Campaign.

Mr Quartey said the RCC would in the near future introduce a ban on the use of the motorway by motor tricycles (aboboyaa), as part of measures to sanitize the use of the road.

He said the ban was not to push the motorcycle operators out of business but rather to encourage the informal sector of the economy to grow.