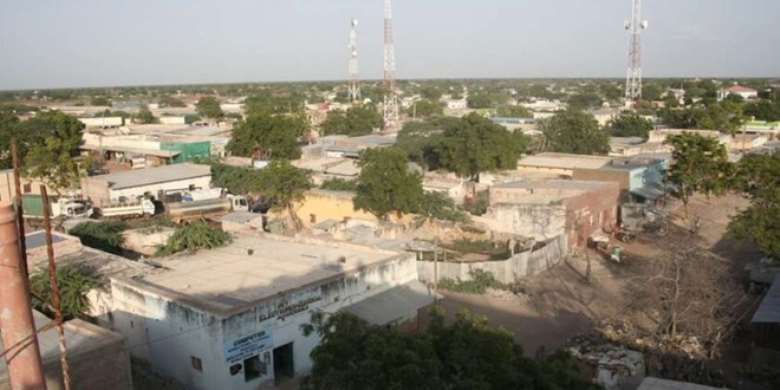 Suspected Al Shabaab militants on the early hours of Tuesday morning raided the home of a former chief identified only as Bishar. They killed a civilian in the Konton location within Wajir County.

The reason behind the attack and the number of militants who conducted the raid remains unknown. The matter was reported by police officers attached to Khorof Harar Police Station in Wajir County.

The report revealed that the chief was inside his compound when the attack happened. His security details quickly responded and tried to stop the militants by shooting in the air.

"On Tuesday, an unknown number of suspected Al Shabaab militants probed the residence of the former chief, known as Bishar, within the Konton location. He had his security details return fire; unfortunately, a bullet caught an innocent civilian, and he was fatally injured," the report read in part.

Police officers attached to Khorof Harar police station were alerted about the incident, and they swiftly responded.

The report further revealed that the gunmen fired several bullets at the chief's residence, but the officers who arrived in time were able to repulse the group.

Police believe that the group escaped towards the general direction of Konton and said a multi-agency security force was immediately assembled to pursue them.

"A multi-agency team is being assembled to pursue them while all security officers within Khorof Harar Sub County are on high alert," the report further revealed.

Officers drawn from the Kenya Defense Forces (KDF) have also been dispatched in several sections within Wajir county. They are conducting aerial surveillance within the area as others are on the ground to pursue the gunmen.

The move to pick the eight who all disappeared simultaneously raised concerns from locals who demanded that the youths be produced or arraigned in court.

The incident comes barely a week after a KDF soldier was seriously injured. Five others sustained slight injuries when a vehicle they were travelling in was hit by an Improvised Explosive Device (IED) that suspected Al Shabaab militants planted in Boni, Lamu County.

In a statement, KDF said that the group was operating under Operation Amani Boni, and they were on routine patrol between Milimani and Baure in Lamu County.

The injured officers are still admitted to a hospital located in Nairobi, which is Kenya's capital.

Cases of Al Shabaab militants raiding several areas within the North-Eastern region have been on a downward trajectory since January 2020.

This is after Kenya's government revived its security strategy across the region. It tasked chiefs to be more vigilant and to name suspects who work in cohorts with the militants.

Latest Photo Reports
Catch up with all the political quotes from our politicians.
Advertise here
More Somalia
ModernGhana Links
Press Statement Issued From The Presidential Palace Of Somaliato Laud And Appreciate All Those Involved In The Long-Running Maritime
SJS condemns recent arbitrary detentions, threats against journalists' safety in Mogadishu, Qardho and Garbaharey
Panel Discussion on Safety of Journalists and Human Rights Defenders during the Elections concluded in Mogadishu
Veteran journalist assassinated in Mogadishu suicide attack
State media director killed; others injured by a suicide bomber in Mogadishu
Widely Condemned Eviction And Deportation Of Southerners From Self-Proclaimed Republic Of Somaliland
Federal Government Of Somalia Had Set Seven Days Ultimatum To Africanunion Envoy To Absquatulate The Country
Long-Delayed Polls For The Lower Chamber Of The Parliament Hadfinally Kicked Off
Universal Suffrage That Will Destigmatize Semi-Autonomous Region Of Puntlan
TOP STORIES