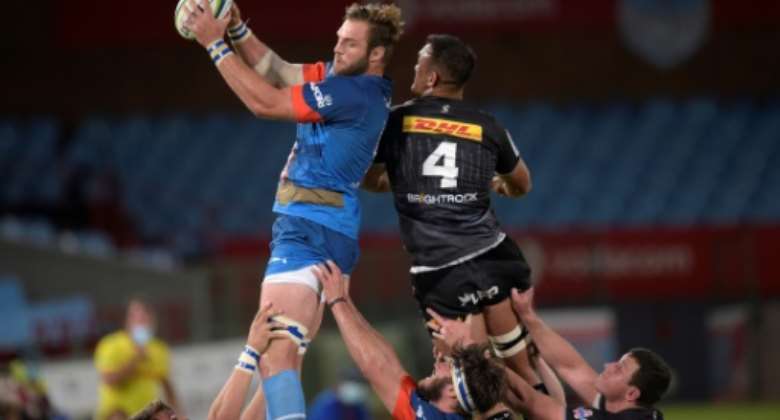 The Springboks face Wales in Cardiff on November 6, Scotland in Edinburgh seven days later and England in London on November 20.

South Africa defeated Wales in the semi-finals and England in the final when they won the World Cup for a record-equalling third time in Japan two years ago.

The absence of Munster forward Snyman opened the door for Moerat, who has captained the Stormers in the recently launched United Rugby Championship (formerly Pro14).

Under his leadership, the Cape Town outfit have performed best of the four South African franchises so far, defeating the Dragons in Wales last weekend after drawing with Edinburgh on a four-match tour.

"Salmaan has established himself as a talented lock and captain since his younger days in our junior structures and he has continued to show his class at senior level," said coach Jacques Nienaber.

"His call-up is well earned, and we are looking forward to witnessing what he adds to the squad. He is also familiar with most of the players in the squad having either played with or against them."

Moerat will compete with first choices Eben Etzebeth and Lood de Jager as well as Marvin Orie and Franco Mostert for the second-row places.

Williams from the Sharks was one of four scrum-halves who travelled to Australia last month for the Rugby Championship, but did not get any game time.

With De Klerk sidelined, he will begin the tour third in the pecking order behind Herschel Jantjies and Cobus Reinach.

Jantjies understudied De Klerk at the World Cup, and Nienaber has preferred to bring him off the bench this year in place of Reinach.

A surprise omission was Stormers full-back Warrick Gelant, especially given the poor form of incumbent Willie le Roux during the Rugby Championship.

Having won the Webb Ellis trophy, South Africa went 19 months without a Test due to the coronavirus pandemic before winning six internationals and losing four this year.

They recovered from a first Test loss to the British and Irish Lions to win the series 2-1 before losing twice to Australia and winning and suffering defeat to New Zealand in the Rugby Championship.

The squad travel to France on Friday for a one-week training camp before moving to Cardiff, where they have lost on their last four visits.