Deceptive Akufo-Addo, Bawumia gov’t does not give a hoot about the weekly fuel price increment – NDC 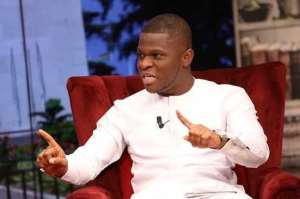 The National Democratic Congress (NDC) is claiming that President Akufo-Addo and Dr. Mahamudu Bawumia's government does not give a hoot about the plight of Ghanaians, hence the continuous increases in the price of fuel.

Just yesterday, the price of diesel and petrol went up by 7%, making it the ninth consecutive time in 2021 that the prices of petroleum products have gone up.

This has increased the price per gallon of diesel and petrol from about GHS21.00 as of January this year, to about GHS31.00 currently.

Addressing a press conference in Accra on Monday, October 18, 2021, Sammy Gyamfi who is a national communications officer of the opposition NDC has accused President Akufo-Addo of being wicked.

“Permit me to state from the word go, that the Akufo-Addo/Bawumia-NPP government has shown itself to be callous and does not appear a give a hoot about the plight of Ghanaians. Otherwise, what can be the justification for the rampant and persistent increases in fuel prices we are witnessing in Ghana today,” Sammy Gyamfi told journalists at the press conference on Monday.

The NDC communications officer added, “the rampant and persistent increase in the prices of fuel products we have witnessed under the watch of President Akufo-Addo and his deceptive Vice, Dr. Bawumia, are a direct product of their insensitive and bad leadership.”

Condemning what the NDC is terming draconian taxes on petroleum products, Sammy Gyamfi shared that the party wants the Akufo-Addo/Bawumia-NPP government to as a matter of urgency scrap the Special Petroleum Tax (SPT) of 46 pesewas on a liter of diesel and petrol.