We don't eat dialogue — says JUSAG ahead of nationwide strike 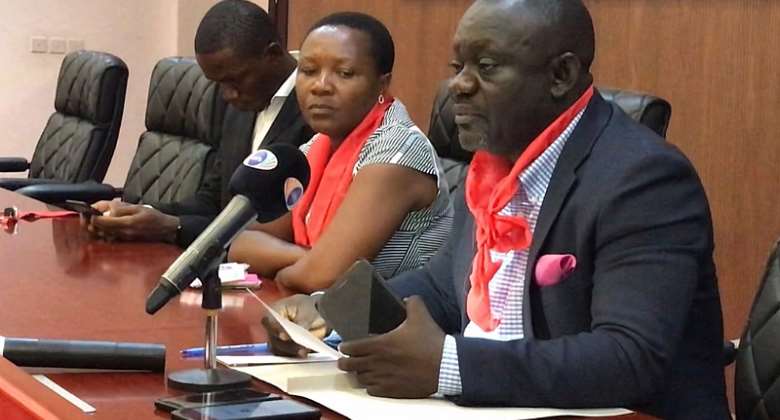 The Judicial Service Staff Association of Ghana (JUSAG) will on Thursday, October 28, 2021, embark on a nationwide strike over the failure of government to approve their revised salaries and allowances.

JUSAG earlier this year held talks with government to have their conditions of service improved.

Last month, the group gave the government a two-week ultimate to give approval to its revised salaries and allowances.

After failure to give the approval, JUSAG at a press conference today has announced that its members will lay down their tools starting from October 28.

“The strike is going to be a nationwide strike. It is the national executive council of JUSAG that has resolved to undertake this industrial action. So it is nationwide. As to how long it takes, we cannot tell today. How government deals with the matter will determine how long it will take,” JUSAG President Alex Nartey told journalists at the press conference.

According to him, the time for dialogue has passed and it is time the government shows action.

“There is nothing like dialogue. For dialogue, we have gone beyond dialogue. We don’t eat dialogue. We eat the fruits of dialogue and we have already dialogues so we are looking for the fruits,” JUSAG President Alex Nartey added.