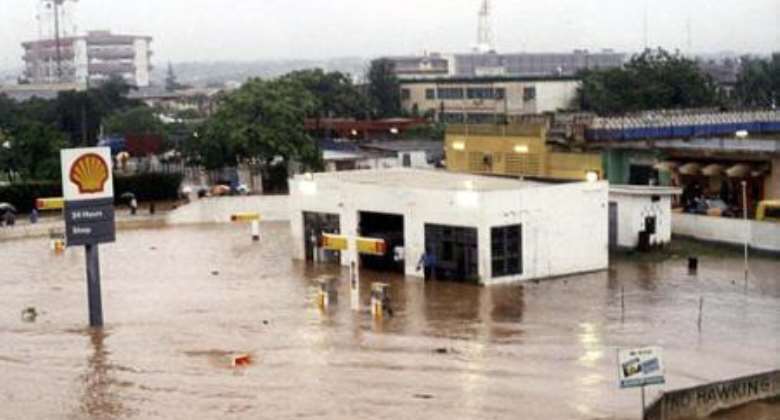 Question: What kind of education does Mr. Solomon Darko has? I'll like to know. What do they men by unauthorized houses? Are the AMA not working together with the governments Lands Department which gives builders permits and register the lands? Is this demolition of 150houses a plan thought out carefully by the city council including consultation with City Engineers (hope they have such people in Accra AMA)? I think this will be an insult to the many fine Civil Engineers we have in Ghana and Accra. What will be the cost of such demolition and are there any alternatives? Civilized Laws: In most civilized nations whose Law is based on Old English Common Law, there are two Laws, Eminent Domain and Police Power. Eminent Domain give government the right to use a private property for public use. An example will be if there is a fire and the fire Truck has to drag their hose and walk over some private property. Sometimes there is a major Highway designed, and people are told they will have to relocate. Such Laws, though, negotiate with the owners, and compensates the owners of such property, and give them adequate notice. The other Law, Police Power, is the power to seize a private property in case of emergency or war, without any notice or agreement by the owner. We have seen the use of such powers under the Rawlings administration of the PNDC. Ghanaians are sick and tired of such arbitrary use of power. No such misuse of power must enter the minds of any government leaders, be they city, regional or national. Period! The cost of putting up a simple modest house in downtown Accra is at least $50,000. 150 houses demolished is an estimated minimum of $7,500,000 or C58.5Billion cedis. Is the AMA going to compensate the people who are losing their houses or they plan to use Marshall Law and Police Power? It is the opinion of many of us who have built house in Accra that the AMA is a very ill-managed apparatus of government. They don't know how to manage, and they want to wield arbitrary power without being able to deliver basic cleanliness to even make Accra, the capital, seem a normal city. The AMA has failed to pick up garbage, failed to name all streets and failed to number houses. The AMA has been reported as paying its executives hundreds of thousands of dollars to rebuild their houses, when they cannot even use part of the taxes they collect daily from the Makola women and others to provide simple public toilets for them. They cannot enforce simple laws of decency requiring decent sanitary toilets by Banks and businesses doing business with the city. This is done in every civilized nation that I am sure Mr. Mayor has visited and perhaps lived overseas. Please note that I am not trying to put all blame on Solomon Darko, since he is a new mayor of Accra However the Chief Exeuctive must act like a Chief Executive, as the name calls for. Here are examples of what is expected of him by the people of Ghana who use Accra s their capital. 1. The Chief Executive should sit down with his Architechts and City Planners, or hire some good ones, plus a City Manager, pay them well, and with a pen and paper and calculator (preferably a Computer with a simple Spreadsheet software program), START PLANNING THE CITY. 2. LIST all the negative things people see and have reported long ago about Accra, that has made Accra a poor place to do business for Ghanaians as well as potential investors: Traffic, garbage and dirt, lack of planned roads with new development, flooding and poor drainage problems, central sewage system, water services, lack of fire hydrants and water in the fire stations (Some recall the disgrace in the 1990s when a fire truck had to drive from Valco at Tema to come to Accra to help extinguish fire at Makola next door to the fire station)., poor road surfacing, lack of street names, lack of consecutive house numbering, lack of public parks, lack of public libraries. 3. Use the Pen and Paper and Computer to find ways to add up the taxes collected, and brainstorm what needs to be done to solve the problems. AMA, without any help from outside, should work with the central government to device a revenue-sharing and cooperative means to develop Accra. The money is there in front of you – use it and stop simple macho bulldog approaches that may subject the city to lawsuits, or bring untold suffering to the poor who cannot afford to sue. There are always alternative Engineering solutions. We have even built a huge dam to divert the Volta river. Isn't that an inspiration left by Kwame Nkrumah, that we can find solutions instead of this destructive demolition derby to allow water to pass it's own pathway! Accra is the capital of Ghana and the population growth require more planning than any person ever thought of. Lands Department of the Ministries has failed us, and so has AMA. I recommend strongly that the Chief Executive takes his job very seriously and more than a figurehead. Act and Plan like other Mayors in major cities around the world do. Bulldog dictatorial African solutions will not work. The new Mayor of Kumasi, Maxwell Jumah, seems to be making inroads to progress. Maybe you can share some notes. Ghana is spending lots of money to woo investors, with the President and Ministers of Trade & industry making trips outside every week at tremendous cost to the taxpayer. Let's Plan and Make good use of our human and other talent and resources, and make Accra a beautiful place we can all be proud of. All the Best,

Kwaku A. Danso Fremont, California, USA. (June 11, 2002) Views expressed by the author do not necessarily reflect those of Ghanaweb.