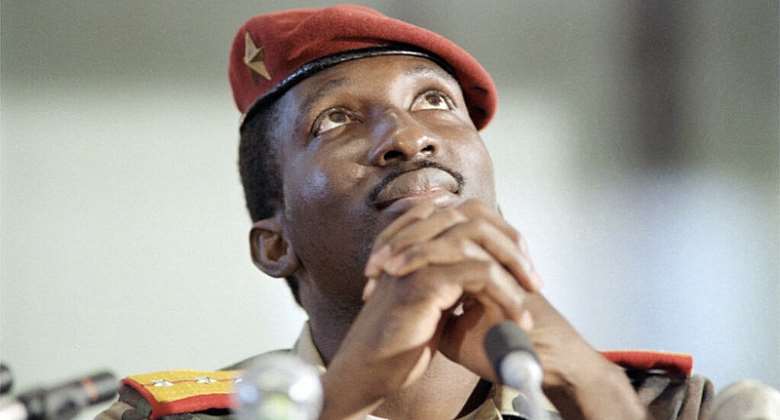 Fourteen people, including the country's former president Blaise Compaoré, are on trial and the country is desperate to discover what really happened and who was responsible. But there are obstacles.

Thomas Sankara came to power in a coup in 1983 and was killed just four years later, along with 12 members of his entourage, when commando troops stormed the headquarters of his National Revolutionary Council.

Blaise Compaoré, his former right-hand man and friend, took over and ruled Burkina Faso for close to three decades before being overthrown in 2014 and fleeing to Cote d'Ivoire.

For many Sankara was a hero – an anti-imperialist revolutionary who broke away from its former colonial power France, a champion of national sovereignty and of women's rights.

While his detractors denounce his authoritarian rule, no one is indifferent to the charismatic leader and the trial over his murder, so often delayed, is eagerly awaited.

Families of the 13 soldiers killed on the night of 15 October 1987 are keen to establish the extent of Blaise Compaoré's responsibility in what happened.

"We want to know who took the decision, who committed the act, who supported it and why," Céline Bamouni, whose father Paulin Bamouni was killed alongside Sankara, told RFI's Gaëlle Laleix.

For some, the trial comes as a relief. "It's the fruit of a long judicial struggle,” said Aïda Kiemdé, who also lost her father on that night.

“Compaoré's reign lasted years, so we had no say in the matter,” Kiemdé explained. “This has inevitably led to despair. Some families, including mine, had to leave Burkina, which meant that I never got to know my country because of the assassination.

"So this trial is a ray of hope. And we hope that justice will be done and that we will get the truth after years of waiting.”

The investigating judge has questioned some 60 surviving witnesses who were present on the day of the assassination to build up a better picture of what happened.

14 people are on trial, including former president Blaise Compoaré and General Gilbert Diendéré, one of the main Burkinabé army chiefs at the time of the 1987 coup.

They both stand accused of complicity in murder, concealment of dead bodies and attacking state security.

Compaoré, now in exile in Cote d'Ivoire, will be tried in absentia. So will Hyacinthe Kafando – suspected of leading the commando group and who has been missing since 2015.

Compaoré has refused to appear before the courts, deeming the trial to be politically-motivated.

“This is regrettable because he's been in charge of the country, he should accept responsibility for his acts,” Sankara's widow Mariam Sankara told RFI.

“Fleeing the country doesn't resolve anything. He should have the courage to accept responsibility and answer the burkinabé courts,” she said.

Aïda Kiemdé also regrets Campaoré's absence.
"Everyone has been waiting for this trial: the families but also the people of Burkina Faso, the whole of Africa is waiting for truth to be told,” she said. "We hope in spite of everything that we will get the truth."

Getting to the truth could be hampered, some say, given the fact the trial is taking place in a military court.

“Burkina Faso's president is the army's supreme commander. While he's not going to attend the trial, I think he will giving some guidelines. “That will make it difficult to establish the truth in the Sankara case.”

There has been speculation over the role foreign countries including Côte d'Ivoire, France, Liberia and Libya may have played in the assassination. But the investigating judge has not been able to gather enough evidence and the trial will focus only on the involvement of Burkinabé citizens.

And yet France may have a case to answer.
“The inquiry into Sankara's murder established that French agents were present in Burkina Faso the day after the assassination to destroy wiretaps targeting Blaise Compaoré and Jean-Pierre Palm, a gendarmerie officer implicated for his alleged role in Sankara's Killing,” Bruno Jaffré, who runs a website on Sankara, told France 24.

On a trip to Burkina Faso in 2017, President Macron promised to lift the national defence secret classification of all French archives concerning Sankara's killing.

Jaffré said that while three batches of declassified documents have indeed been sent to Ouagadougou, they are not the ones from the office of François Mitterrand, president at the time of the assassination.

“There is no sign, in the documents provided so far, of a French presence in Ouagadougou the day after the assassination," said Jaffré. "But these documents must exist and the fact that Macron didn't keep his word shows a certain degree of embarrassment.”

The trial is clearly far from perfect but it has its merits says Ablassé Ouédraogo, former Minister of Foreign Affairs and head of the party Le Faso autrement.

“The first is to allow us to have at least part of the truth; the second is that it will allow the current government to move forward on the issue of national reconciliation," he explains.

"And what is very important is to definitively turn this sad page for Burkina Faso. The Thomas Sankara case contributed to a poisonous socio-political atmosphere for more than thirty years. It had become unbearable."

Burkina Faso is to begin discussions on national reconciliation on 17 January 2022.