The Importance Of Registering Encumbrances On Land. 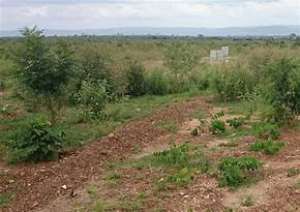 What is an Encumbrance?
The Land Act 2020(Act 1036) requires certain rights and claims on land to be registered as encumbrances on the land. An encumbrance on a land is a right to or interest by one person over another person’s land . An encumbrance does not prohibit the passing of title of the land but may diminish its value. They are therefore burdening on land

Sections 157, 158 and 159 of the Land Act 2020 (Act 1036) makes provision for the registration of an Easement, Restrictive Covenant and Profit. These are encumbrances which will be discussed below.

This means that for there to be an easement, there has be two separate adjoining or neighbouring pieces of land; with one being burdened whilst the other land enjoys the benefit.

An easement is acquired though either an express or implied grant or reservation at common law and is enforceable against anyone who takes possession of or occupies the servient land.

An express reservation occurs when a grantor(person who makes a grant ) reserves to himself an easement over land which he disposes of.

An implied grant occurs for instance when a grant of land is made by a grantor to a grantee(person to whom a grant is made) and the grantee of the land cannot access his land except by going over the land of the grantor or another adjoining land. In this sense the grantee has an implied right to go through or over the grantor’s land to access his land.

Similarly, an implied reservation occurs where a grantor grants land to a grantee in such circumstances where he cannot access the portion, he has retained except by going on the land of the grantee.

Another type of easement is acquired by prescription. This is the situation where a dominant land owner exercises a right over a servient land and has enjoyed the right for a considerable and continuous period as if he were entitled to that right and the dominant land owner has acquiesced to that use.

Prescription in this sense means the right was acquired not by express grant but by acquiescence of the servient owner to the dominant user over a period of at least twenty years.

S.157(2) provides that:
The instrument creating the easement shall clearly specify:

Restrictive Covenant
Restrictive covenants are agreements which restrict the use of land. They impose obligations on land for the benefit of another and may be enforced against any occupier of the land.

2 A restrictive covenant in respect of land or interest in land registered under this Act , unless noted in the register is not binding on the proprietor of the land or the interest burdened by the covenant other than a party to the covenant.

Profit
A profit is defined under S 281 of the Act as:

The right at common law to go on the land of another person to take a particular type of object from that land, whether part of the soil or a product of the soil.

Some examples of profits are; the right to go on someone’s land to graze cattle, to fish from a someone’s pond or pluck fruit from trees from another person’s land.

S.159(1) provides that:
The grant of a profit has no effect unless;

2 An instrument granting a profit shall clearly specify:

Why it is important to register encumbrances?

Registration of encumbrances like any other interests on land makes them binding on the parties, as well as third parties who acquire the land affected or any interest in it.