Femi Adesina Should Be Relieved Of His Duty For Consistently Making Puerile And Divisive Statements, Unfitting Of A Presidential Spokesperson - Igbo Renaissance Forum 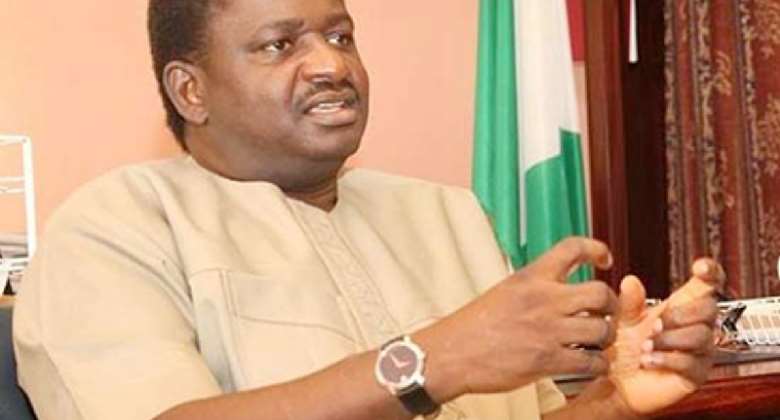 IGBO RENAISSANCE FORUM, a Pro Igbo Movement has called for the sack of Femi Adesina, the Presidential Spokesperson for the statement that "Senator Enyinnaya Abaribe should be in prison for standing surety for Nnamdi Kanu, yet still spews rubbish", an opinion he shared in a Facebook post.

In a statement signed by its International Coordinator, Nze Ugo-Akpe Onwuka (Oyi), the organization said that with the consistently puerile and divisive utterances of Mr Femi Adesina, it is very obvious that there is nothing that should have qualified him to continue in such an important office as that of the Presidential Spokesperson, if not for the kind of failed system that is being run by the current failed APC government.

The statement reads, “we wish to state very clearly that Mr Femi Adesina, the Presidential Spokesperson has failed in his duties resoundingly, and should desist from such lazy effort to use Distinguished Senator Enyinnaya Abaribe to garner attention to his sinking reputation".

“It didn't come to us as a shock to read such unfortunate opinion from Femi Adesina because of his penchant for unnecessarily outrageous statements in the past".

"We are however concerned with the capability of Femi Adesina to continue in his current office as his outrageous utterances have started tlo betray him as someone who might have an urgent need for medical assessment".

“The killing of Nigerians and dispossession of their lands in Southern Kaduna, Plateau, Benue and other parts of the country took a dangerous turn between 2016 and 2018 without any sign of stopping any time soon. In July 2018 when it got so bad, responding to a question on African Independent Television AIT, on ancestral attachments to land which would be very difficult to give up to herdsmen for ranching, Femi Adesina shocked the whole world by proclaiming without any scruples that one can only have ancestral attachment when you are alive, and that If you are talking about ancestral attachment, if you are dead, how does the attachment matter?"

"Invariably, Femi Adesina believes that indigenous tribes and peoples should forgo their lands for their lives".

"Senator Enyinnaya Abaribe in his interview on Channels Television discussing the Independence day speech by President Buhari only spoke to sensitize Nigerians not to wittingly or unwittingly accept the government’s selective amnesia".

"It is very degrading that Femi Adesina chose to respond to Senator Enyinnaya Abaribe's riveting truths by regurgitating their preconceived illegal stand forgetting that the bail was a condition of a competent court and even if Mazi Nnamdi Kanu jumped bail, the most that could be done was to seize the 300m given for surety".

"We wish to use this medium to plead with well meaning Nigerians to impress on President Buhari the urgent need to remove this blemish threatening to taint further, the already tainted APC government.

“We find it bizarre but not surprised that the current administration of the APC is still keeping such a man that should have been relieved of his duties long before now".

"Therefore, we are demanding that the President disengage Femi Adesina to save the nation such a national embarrassment".

Hottest Photo Reports
Catch up with all the political quotes from our politicians.
Advertise here
More Press Statement
ModernGhana Links
Economic Policy And Financial Statement Of The NPP Government For 2022 Financial Year And Matters Arising
Lawlessness in Parliament by a Speaker in a hurry to Dubai
End violence against women: WHO
CCCFS© Calls on Government to Fast Track Support for Victims of the Storm Surge in the Volta Region
Congratulatory Message On 31st Anniversary Of Diplomatic Ties Between Sierra Leone And The Bolivarian Republic Of Venezuela
LGBTQI + Must NOT be Legalized in Ghana, KNUST Students Activists Declares
Statement From Omnifert Limited On The Support Of The Ministry Of Agriculture To Fertilizer Producers In Ghana
HRAC Press Statement on Francis Dodovi's Hate LGBTQI+ comments
UN Secretary-General: Written message on the international day for the eradication of poverty
TOP STORIES