Alan Kyerematen is workaholic, he has dreamed of becoming President for a long time — Akufo Addo tells Asantehene 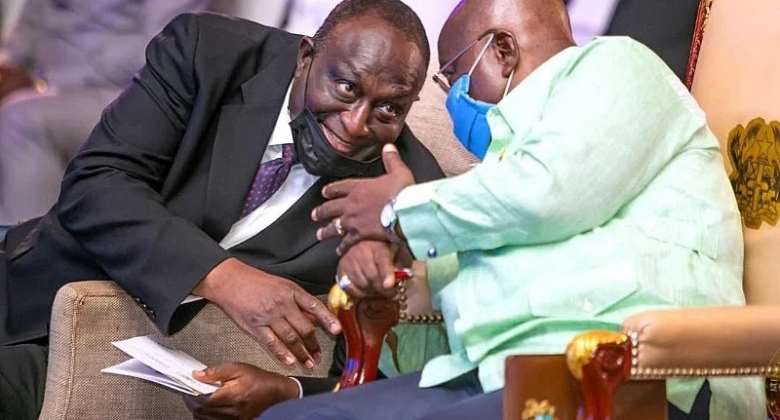 President Nana Addo Dankwa Akufo-Addo appears to have announced contenders for the next leader of the ruling New Patriotic Party (NPP) as his tenure comes to an end in 2024.

The Minister of Trade and Industries, Alan Kwadwo Kyerematen as well as the Minister of Agriculture, Dr Owusu Afriyie Akoto, have reportedly harboured ambitions to become the flagbearer of the ruling party.

Both men are part of the President’s team touring the Ashanti Region.

At the Manhyia Palace, the seat of the Asantehene, on Friday, October 1 at the start of the four-day tour, President Akufo-Addo made a huge announcement.

“Nana let me introduce my team,” he started. “This is your grandson Dr Afriyie Akoto, my Agric Minister who wants to become the president.”

Sitting next to the Agric Minister was Mr Kyerematen as introduced by the President.

“Nana, this is Alan Kyeremanten, he has been vying for my seat for a very long time, a very workaholic minister,” he chuckled amidst loud noise from the crowd gathered at Manhyia.

The NPP has barred party members from campaigning ahead of the presidential primaries in 2023.

The party has issued a code of conduct to all aspiring members and warned of punitive measures if any campaign.

President Akufo-Addo, who has led the party since 2008, continues his tour of the Ashanti Region on Saturday with a visit to Darko Farms and inspection of the Abuakwa-Tanoso Road.