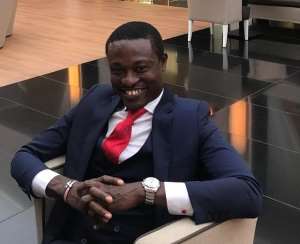 The Special Prosecutor, Kissi Agyebeng said it has been revealed to him that his 'enemies' are praying and fasting for him to fail in his job.

Mr Agyebeng noted that it is only those sitting on rot who will be shivering.

He noted that there are also well-meaning Ghanaians who want the fight against corruption to become a success.

“If you have done nothing wrong, why should you be afraid? If you’re involved in corruption-related activities, I’m coming for you. I see some people on the divide praying and fasting that I fail. There are detractors all over…There are some well-meaning people who want this fight to go on well,” He stated in an interview on Starr Chat with host Nana Aba Anamoah.

According to him, he would start with prosecutions all cases in October this year.

“I said at my vetting that I was going to review every case. From 5th August till now, I have been reviewing all the cases. I’ve reviewed all the cases and from October, we are going to start rolling. The cases cut across. Everybody in Ghana falls under our mandate in respect of corruption and corruption-related activities. It’s not only about the public sector.”

Ghana has had lawyers, communication expert as president; it...
19 minutes ago