I am not perturbed by machinations against my role as Minority leader, they will fail – Haruna Iddrisu 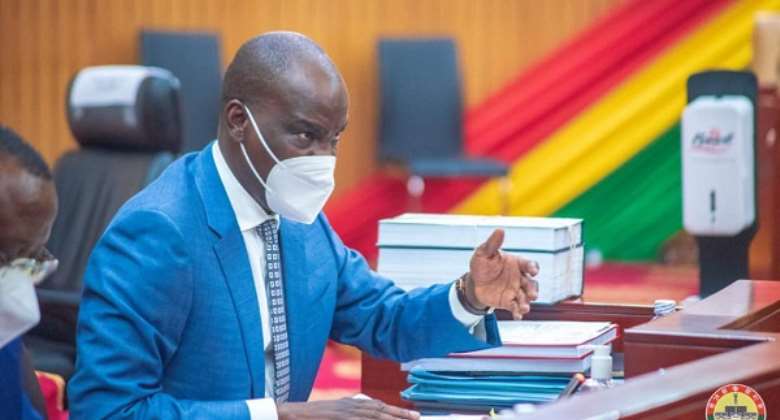 Minority Leader in parliament, Haruna Iddrisu, appears unperturbed by what he described as attempts by some persons to plot his downfall in the House.

For him, his critics are completely lost in touch with his style of leadership, given his rich wealth of experience in both parliamentary affairs and partisan politics.

With the hung nature of Ghana’s current parliament, many expected the Minority side of the house to subject the governing party to rigorous scrutiny.

But some developments on the floor; including the resignation of Samuel Okudzeto Ablakwa from the Appointments Committee and the controversial approval of some minister-nominees, took centre stage in the early days of the eighth parliament, leading to huge criticisms of the Minority and its leadership for that matter.

These happenings and others appear to have cast doubt on the credibility of the Minority Leader, Haruna Iddrisu.

Speaking on Citi TV‘s current affairs program, The Point of View, however, the Tamale South legislator said “I will weather the storms, those machinations will fail. I am not perturbed by some of these things that are going on.”

“There are expectations of me as a Minority leader. What I say is that I come to the office of the Minority leader with reasonable and resourceful depth, and I am guided by it. But where there are disagreements, I have guided the NDC minority to articulate that as a leader”, he added.

Haruna Iddrisu said, never has his side been in crisis as many have portrayed it to be, explaining that he has always been fully in charge of the caucus and will continue discharging his duties as required.

He shot down suggestions that he unilaterally takes decisions for the side, which usually creates confusion.

“I have been National Youth Organizer of the NDC. I have served the party well. I am not a Minority leader by accident. I have paid my dues, served the party, and I have served in different capacities. As Haruna Idrrisu, I have never taken a decision as a Minority leader alone. We will usually have a caucus meeting where the issues are discussed, the leadership of the party will share their viewpoint, and then we take a common position and defend it.”

The Minority Leader was however quick to repose confidence in the Speaker, Alban Bagbin, saying that is a choice in the interest of parliamentary work in Ghana.

“There are those who think that the Speaker has a vote – No; he doesn’t. But I trust in the leadership of Bagbin, I trust that he will leave some footprints on our governance architecture as Speaker of our Parliament.”

Planting for Food and Jobs failed due to poor implementation...
39 minutes ago