'If you change election results, I’ll go after you' – Kissi Agyebeng to EC 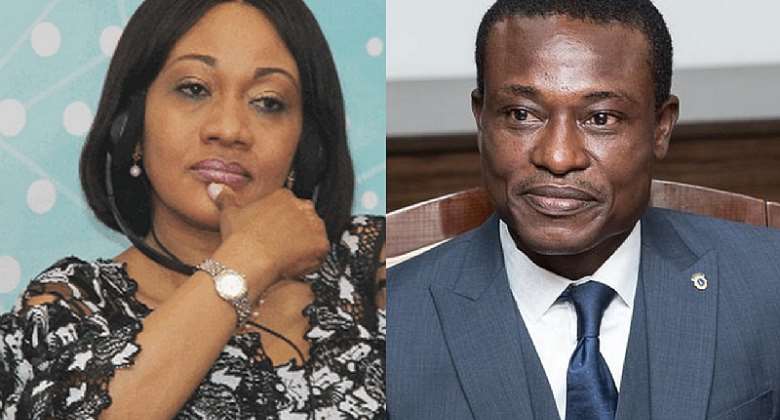 Special Prosecutor Kissi Agyebeng has sent a caution statement to the electoral body of the country.

He warned that “If you are an electoral officer or a returning officer and you change results, I am going after you.”

According to Mr Agyebeng, such probes also fall under his anti-corruption mandate.

Mr Agyebeng also revealed in his interview with Accra-based Starr FM on Wednesday, 29 September 2021, that he is now setting up and operationalising his office.

“What we are doing now is that we are building the ship as we are sailing. The office was established in 2018. The Act was passed in 2017 and the assent was given 2018. So, imagine my shock when I go in after 5th August to find out that the office has been established but it hasn’t been set up and it hadn’t been operationalised”.

“So, I’m setting it up and operationalising it. I won’t say nothing has been done; things had been done but the office hadn’t been set up”, he admitted.

He said, “the Act provided for the establishment of some divisions and if the board were minded, to create further divisions, but when I took up, there are no structures, no division, department and all”.

“Nothing had been set up; nothing – even a front desk. Not a single division, no HR, there was nothing when I took up that job,” he said.

“The rest then will be gatemen, cleaners, stewards, an office secretary, a special assistant to the office. In all, I counted 10, first day. Second day, one resigned because I asked him some questions he couldn’t provide answers to it.

Mr Agyebeng also used the opportunity to comment about some remarks made about him by his predecessor Mr Martin Amidu when his nomination was announced.

“When I heard Martin Amidu’s ‘poodle’ comment, I shrugged. If you don’t know me and you sit in your house and write something for people to believe you, that’s you. I knew it will be a daunting task but I didn’t anticipate going into an office that’s not been properly set up. It meant that I had to revise my notes.”

He said just as there are people who want him to succeed, others are yearning for his failure.

“If you have done nothing wrong, why should you be afraid? If you’re involved in corruption-related activities, I’m coming for you. I see some people on the divide praying and fasting that I fail. There are detractors all over. There are some well-meaning people who want this fight to go on well.”