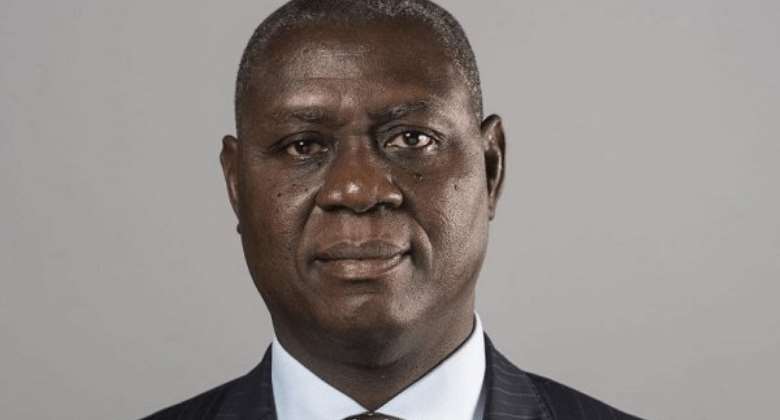 Chief Justice (CJ) Kwasi Anin Yeboah says the accelerated use of Information and Communication Technology (ICT) has necessitated the revision of the rules of the courts, practice directions and availability of requisite infrastructure.

He said the use of ICT in the judiciary had steadily provided an alternative means of accessing the court room through the existence of e-justice and virtual court platforms.

The Chief Justice said judges, therefore, needed “a general understanding of the underlying technologies and application, which are being deployed to aid in the fair and timely delivery of justice in order to thrive in the digital world.”

At the 40th Annual General Meeting (AGM) of the Association of Magistrates and Judges of Ghana (AMJG) in Accra, the Chief Justice said: “The wave of digital transformation is here to stay. You either jump on board or be left out.”

The AGM was on the theme: “The Quandary of the Judge in the Digital World.”

Chief Justice Yeboah said as judges in modern society they were not monarchs but servants of the people whose task had been defined and expected to perform those functions well and efficiently.

He said the modern judge would suffer if society viewed the institution as a citadel of entrenched elitism, exclusivity and ignorant to obvious changes.

“Indeed, citizens will find it hard to accept the judiciary as the guarantor of law and human rights if judges themselves act in a discriminatory manner,” he said.

Chief Justice Yeboah, therefore, called on the institution to embrace technology, especially with its poor number of judges and magistrates.

“In a population over 30 million, we have less than 404 judges and magistrates administering justice in a litigious society like Ghana,” he said.

The Chief Justice lauded the Government and some Members of Parliament for considering new courts under the District Assembly Common Fund project.

He urged judges to advise litigants in some cases to seek redress using the Alternative Dispute Resolution system to lessen the burden on the courts.

Chief Justice Yeboah asked judges and magistrates to avoid adjournments that were not sought on legal grounds and accumulation of several part-heard cases.

He reminded the AMJG of the revised Code of Conduct for judges and magistrates.

“Maintaining the prestige of judicial office is essential to a system of government in which the judiciary functions independently of the executive and legislative branches,” he said.

“I wish to state that the Office of the Chief Justice and the Judicial Council will not fail to mete out appropriate sanctions or disciplinary actions against errant judges or magistrates in accordance with the Constitution and the Judicial Service Regulations.”

Justice Yaw Apau, a Supreme Court Judge, who chaired the Meeting, asked judges and magistrates to be super computer literate in order not to be left behind.

Planting for Food and Jobs failed due to poor implementation...
35 minutes ago