The nonsense in God’s worship exposed 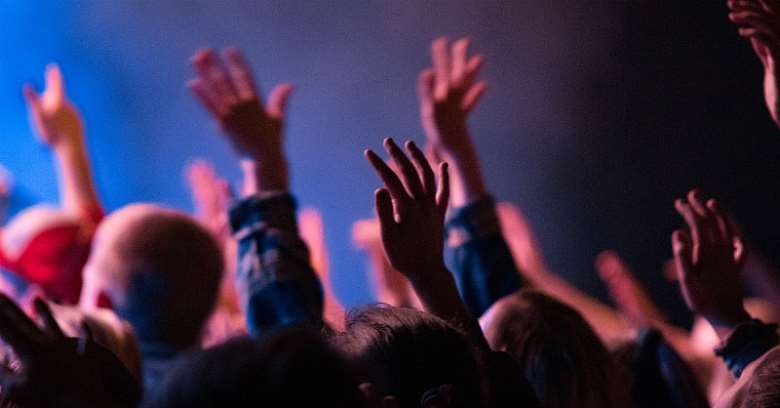 In the minds of all religious devotees is the notion of worship……….. That there is a deity up there who needs to be praised and extolled and recognized or mollified or pacified or flattered or satisfied or pleased or sacrificed for ….The question we are not asking is, “ If a being up there wants us to do all these things for him and expend all these huge resources on him, then what type of being is that?” Is that being so insecure and vainglorious and empty and selfish and conceited that he must hear his own name and praise in order to be happy? Or is he so unsure of himself and his own existence that we must routinely assure him of his own presence in order for him to regain his self-confidence? Is it the case that he doesn’t believe in himself enough that unless we believe in him, he will punish us? Or unless we daily apprise ourselves of his superhuman deeds and accomplishments and believe in all of them, he will not be pleased with us?

Is it our position that we must build temples and monuments and statutes for him; or name our congregation for him, or burn things for him to inhale and become high before we are saved and safe with him? And how do we call a person in ordinary language who revels in temples and statues and monuments and things like that? Aren’t they the dictators and tyrants and despots? And if all God wants us to do for him is to stand up early in the morning to sing encomia for him and flatter him unceasingly and bow and scrape for him and meditate on his name or pray for him endlessly, then what type of being is that? What type of being requires of us to spend hours gathered in his name and singing and praising his name without doing any meaningful things with our lives?

We are also being told that God’s son who is also God descended on earth and sacrificed his life for humanity on the cross, and that as long as we believe that he is lord and savior, then we will be saved. So if I am hearing correctly, a whole God came down to earth to engage in a supreme sacrifice because he wants us to believe in him and proclaim him to be lord? And that unless we believe in him and proclaim him lord, he will be so angry that he will destroy us? How cheap is that?

Why are faith and belief so important to the religious industry? Unless that faith and belief give them an unfair advantage, why should it matter what somebody believes or has faith in? Because if something really exists, believing that it exists is indeed irrelevant. It is only when something does not exist but somebody wants to deceive somebody that the thing exists that faith or belief become so important. This is because faith and belief are the tools of choice for all deceptions and vulnerabilities and gullibility. Whenever we want to deceive somebody or hypnotize the person or make the person abandon his thinking and do whatever we want, we begin by making our victim have faith and belief in us. We want to soften that person and make him surrender his brain to us. We want that person to trust us. And we want that person to surrender to us and follow us in faith and belief as a lobotomized idiot.

On the other hand, if we want to respect the person or treat the person in dignity, we will reason with the person through research, experimentation and measurement so that they can discover the truth for themselves. We will not require of the person to merely believe and have faith in us. That will be disrespectful of us. And that will be asserting superiority for ourselves and imposing inferiority complex on others.

Rather, the gods will require of us to perform useful acts that will benefit us and advance us. They will require us to protect the environment, to eschew fraud and bribery, to live at peace with one another and to pledge ourselves to righteousness on a daily basis. They will teach us that by doing all these, we will be getting closer and closer to the image of God. As we eschew ignorance and engage in collective enlightenment, we will be pursuing the objectives of our existence and advancing our survival and civilization. And when we do that, the gods or God will find solace and satisfaction as we become like them, not inferior or subservient to them.

Latest Photo Reports
Catch up with all the political quotes from our politicians.
Advertise here
More Religion
ModernGhana Links
Who Is Ordained By God; How Would One Realize?
Does Weekly Church Attendance Affect Health Outcomes?
Religion has had 95% negative influence on Africa
Fountain of Assemblies of God to celebrate 15th anniversary
Fallen Angels are evil spirits who afflict humans with disease, problems — Pastor Chris Oyakhilome
Midnight Prayer (3)
Homosexual will end globally in the next 34 years - Apostle King Dirl
BeFree Ministry partners GoFirst Global Ministry for Jesus Revolution Evangelism programme
Cohabit in peace with one another as we celebrate Pentecost - Most Rev. Dr. Ben-Smith
TOP STORIES

Thank you for the wonders of Ghanaian culture, tradition — S...
10 minutes ago