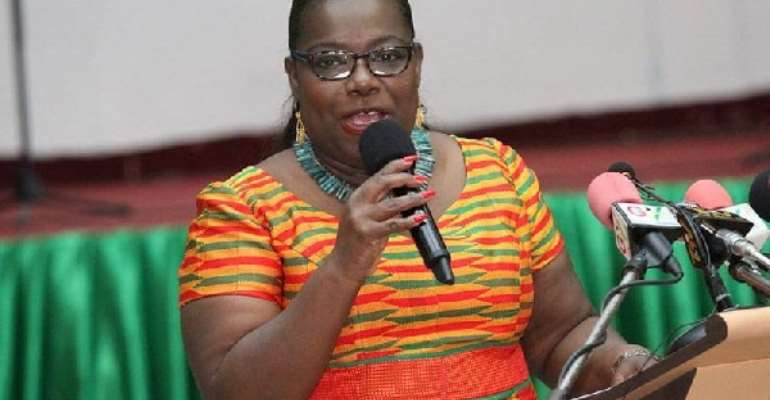 Former Minister of Gender, Nana Oye Bampoe Addo says the low appointment of females to the various MMDCE positions by the President does not do not speak well of him.

Considering the President’s numerous credentials as a gender advocate, she noted that the less than 10 percent women appointed to lead the local assemblies cast a slur on him.

She feels if the president had continued the Affirmative Action Bill, the advocacy to encourage more women into public offices would be enhanced.

“What I will say with respect to the affirmative action bill is to urge government to ensure that it is approved by cabinet and submitted to parliament for consideration,” she noted.

According to her, the Speaker of Parliament, Rt. Hon. Alban Bagbin has assured to expedite action on the Bill.

“So am urging the Executive arm of government to quicken action on it and also ensure that it is approved," she stated.

However, it has been revealed that not many women presented themselves to be considered for the Chief Executive position in the various MMDCAs.